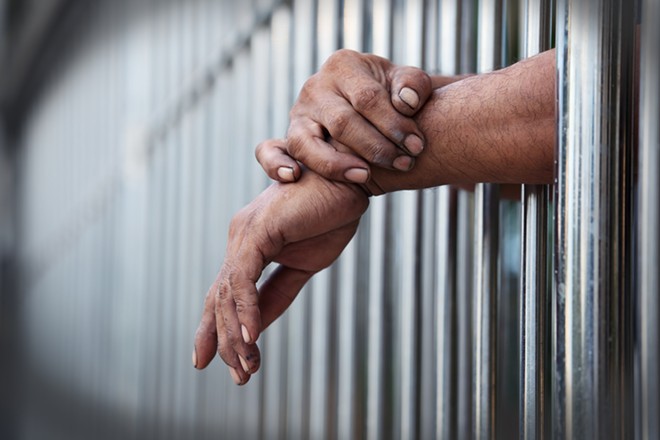 Shutterstock
Eleven defendants were exonerated in Michigan for wrongful convictions in 2021.

Michigan ranked third for the number of exonerations for criminal convictions last year, according to a report released Tuesday.

Michigan and California were tied with 11 exonerations in 2021. Illinois ranked first with 25, and New York was second with 18, according to the National Registry of Exonerations (NRE), which tracks wrongful imprisonments. Nationwide, 161 people were exonerated.

Of the 11 exonerations in Michigan, eight were for murder and one was for each manslaughter, child abuse, and drug possession or sale.

On average, the defendants were imprisoned for nearly 20 years for crimes they didn’t commit.

Seven of those wrongfully imprisoned were Black, and four were white. For context, only 14% of the state’s population is Black. The NRE says it plans to release a new report exploring the role that race plays in wrongful convictions.

“There is no longer a debate about the prevalence of wrongful convictions,” the report states. “They are not unicorns. They happen, frequently, and the Registry’s research has the data to show precisely the events that lead to exonerations. This information is vital to inform policy and to make improvements.”

The NRE lauded the work of conviction integrity units that are aimed at tackling wrongful convictions, saying they play a major role in exonerations.

“When we established this team in 2019, we made a commitment to ensuring those convicted of state crimes are in fact guilty while also providing justice to those wrongfully imprisoned,” Nessel said in a statement last year.

The state’s Conviction Integrity Unit investigated the conviction of Gilbert Lee Poole Jr. and found that DNA evidence ruled him out as the killer of Robert Mejia, who was stabbed to death after leaving a bar on Pontiac. He was sentenced to life in prison in 1989. An Oakland County judge vacated the 56-year-old’s sentence based on a request by the Michigan Attorney General’s Office.

The Wayne County Prosecutor’s Office also has a Conviction Integrity Unit, which helped exonerate several people who were wrongfully convicted last year. One of them was Larry D. Smith, who spent more than 26 years in prison for a murder he didn’t commit.

“Will there come a day when wrongful convictions are truly rare? We hope so,” the report concludes. “For now, we must continue to record these accounts of injustice. The work is vital. Each exoneration matters. Every story counts.”