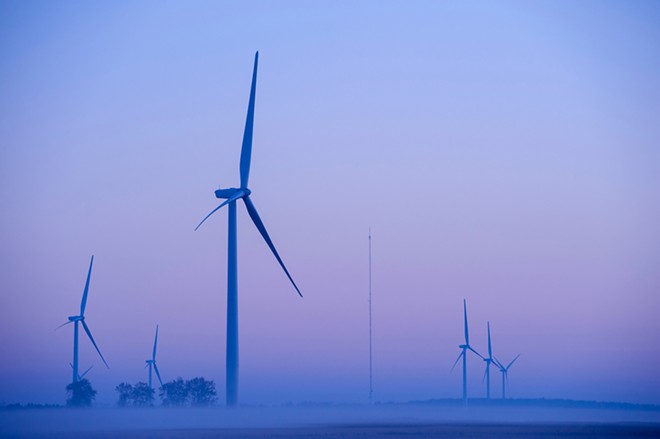 Shutterstock
Windmill.
It is American Clean Power Week, and Michigan groups are highlighting clean energy technologies and the jobs they create.

A little more than 7% of Michigan's energy is generated by clean power sources; wind, solar and energy storage plants.

Bradley Pischea, deputy director of the Land and Liberty Coalition, said it is important for states to diversify their electricity generation, and clean power is better for ratepayers and the environment.

Wind, solar and energy storage projects have invested $5 billion into Michigan's economy, and another $35.2 million in land-lease payments to property owners. Pischea explained the income can often help stabilize farms, especially in years with fallout from natural disasters.

In a new survey, more than 90% of Americans said clean energy is "important for the country's future," and 80% said they believe clean power is "as reliable or more reliable" than traditional energy sources.

So far this year, Michigan has installed 550 megawatts of wind capacity, second in the region after South Dakota. Pischea noted nationally, Michigan ranks fourth for wind installations and fifth for all clean power installations.

He added the cost of wind generation has dropped significantly in the last decade, making it a more affordable power source. The U.S. Bureau of Labor said the job of wind-turbine technician is one of the fastest-growing career fields.More than 115,000 Americans work in the wind-power field.

Originally published October 29, 2021 on Michigan News Connection. It is shared here with permission.