Backed into a legal corner, the Republicans on the Michigan Board of Canvassers certified the petitions for both initiatives 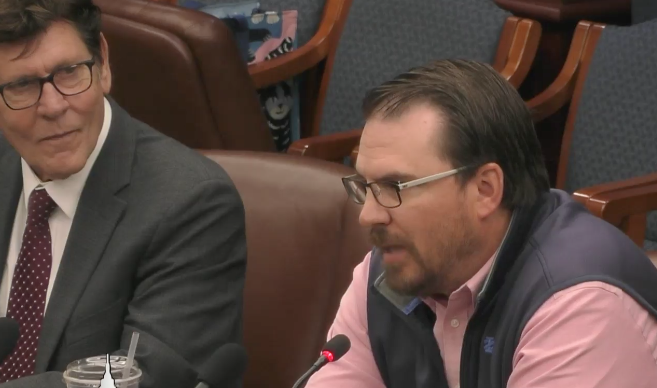 The Michigan Board of Canvassers unanimously voted Friday to certify the ballot initiatives to amend the state constitution to affirm abortion rights and extend voting access.

The 4-0 vote comes one day after the Michigan Supreme Court ordered the canvassers to certify the petitions, saying Republicans on the board had no authority to reject certification.

Republican canvassers said they had no choice but to certify following the high court’s decision.

“We had this process for a reason,” Republican Canvasser Tony Daunt said. “It’s adversarial. … When there is disagreement, we have a deadlock.”

Houskamp and Daunt originally rejected the Reproductive Freedom for All initiative because of typographical errors, saying the amendment lacked sufficient spacing between some of the words.

The Reproductive Freedom for All and Promote the Vote initiatives will appear on the November ballot.

The coalition behind the Reproductive for All ballot initiative submitted a record 753,759 signatures, surpassing the roughly 425,000 required.

The coalition’s attorney Steve Liedel told canvassers that they have “a clear legal duty to certify the petitions” and that voters made their intentions clear when they signed the petitions.

“They read it, they understood it, they signed their name to it, they made no mistakes or errors,” Liedel said. “They don’t need government officials telling them otherwise.”

Michigan is one of 26 states with a law banning abortion.

The state’s 1931 abortion ban was invalidated when the U.S. Supreme Court ruled in favor of abortion rights in Roe v. Wade in 1973. But since the case was overturned earlier this summer, the ban could go back into effect.

On Wednesday, the Michigan Court of Claims ruled that the state’s 1931 ban is “unconstitutional” and cannot be enforced. The Michigan Supreme Court will ultimately decide on the issue.

Regardless of the higher court’s future ruling, the Reproductive Freedom for All initiative would enshrine abortion rights in the state constitution and eliminate the ban.

Two-thirds of likely voters in Michigan said they support a ballot initiative that would enshrine abortion rights in the state’s constitution, according to an EPIC-MRA poll that was released in July. Another 58% of voters said they are pro-choice, compared to just 33% who identify as pro-life.

The Promote the Vote initiative also will appear on the ballot.

“As painful as it was, the process worked, and for that we are very thankful,” Promote the Vote attorney Christopher Trebilcock told the canvassers. “I am faithful that you both respect the rule of law.”