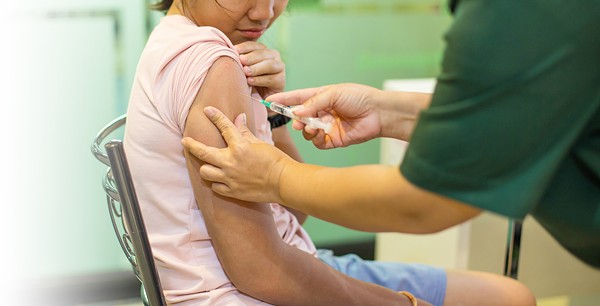 The number of measles cases continues to climb in metro Detroit as 12 new cases have been confirmed in the last week.

The Michigan Department of Health and Human Services states that four new cases were confirmed Tuesday, bringing the total to 34 individuals infected by the virus in Michigan this year. It is the highest number the state has seen since 1991 when 65 cases were reported.

Oakland County has been hit the hardest with all but one of the state’s measles cases, though an outlier was confirmed in Wayne County last month. The infected individuals range in age from 8 months to 63 years old. Infants are scheduled for the MMR vaccine between 12 and 15 months, leaving those under a year old vulnerable to contracting measles.

The measles virus is highly contagious and can be passed by person-to-person contact or through the air. The virus can live in droplets in the air up to two hours after an infected person has coughed or sneezed.

The best protection against contracting the virus is through vaccination. According to health officials, one dose of the MMR vaccine will protect 95 percent of those who receive it and a second dose increases that number to virtually 100 percent.

Despite this, Lynn Sutfin, a spokesperson for the MDHHS, told the Free Press that at least three of the recent cases had documentation of the recommended two doses of the MMR vaccine. At least 27 of the cases had incomplete or unknown vaccination history.

Since the outbreak began, approximately 2,000 people have received the MMR vaccine in Oakland County, according to Sutfin. The vaccine can work to prevent measles if it is administered within 72 hours after exposure to the virus.

Health officials are urging those who are uncertain of their immunization records to talk to their doctor, especially if you have been in proximity to the following recent exposure locations identified by the MDHHS:


Symptoms of measles typically begin one to two weeks after exposure to the virus. They include high fever, cough, runny nose, and red eyes. White spots on the inner cheeks, gums, and mouth form two to three days after symptoms begin and a rash that is blotchy and bumpy begins on the face and spreads to the arms and legs three to five days after noticeable symptoms.

Oakland County residents seeking measles immunization should contact the Oakland County Health Division at 800-848-5533. They offer vaccines during the week at their offices in Southfield and Pontiac and will also be hosting a vaccination clinic on April 4 at Young Israel of Oak Park from 2:30-4:30 p.m.

Mike Dionne is an editorial intern for Metro Times.