Long story short, I let him blow me.

Sex outside of the relationship 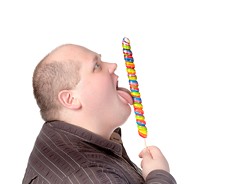 Questions: 1) Does this make me gay, bi, or neither? 2) Do I have to stop? I have been careful to keep it pretty safe, and since I am not really attracted to or interested in these guys, it just serves to satisfy a “disproportionate sex drive” situation without the risk of any emotional cheating. I’m pretty sure if I found a woman interested in an affair or a FWB situation, it would be a much riskier emotional tightrope. One more question, I guess. 3) What should I do? —Blow Job Secrets

1) I wouldn’t call you gay or bi, BJS, seeing as you’re concentrating on straight porn during those enthusiastic man-on-man blow jobs. What you describe sounds like a mild case of “situational homosexuality,” i.e., something that otherwise straight men are sometimes forced to do “for gratification or release in a single-sex environment,” as the sex-ed website SexInfoOnline puts it. You’re not locked in prison or stuck on a pirate ship or sweltering away in a shithole like Saudi Arabia, places characterized by the “the prolonged absence of partners of the opposite sex.” You’re just a blow job-deprived married man with access to the Internet who figured out that accepting blow jobs from gay or bi men is cheaper than paying female sex workers to blow you and less entangling than entering into an affair with a woman. But you probably don’t want to describe yourself as “situationally homosexual,” as that sounds pretty gay, so let’s just go with “opportunistically heteroflexible,” OK?

2) Yes, BJS, I’m afraid you do have to stop. I would be inclined to give you a pass if you were not having sex with your wife at all — or having sex with her once or twice a year, or if your wife announced she was asexual — but you and the wife are having quite a lot of sex. If you were to contract gonorrhea or syphilis from one of your male sex partners, BJS, you would almost certainly pass the infection on to your wife before you became symptomatic and got treated. (Sorry, BJS, but unless you’re using condoms during those blow jobs, they’re not “safe.”) If telling your wife about the blow jobs now would result in the end of your marriage, BJS, imagine the results if you have to tell your wife about the blow jobs after you’ve passed a sexually transmitted infection along to her.

3) You should get your wife’s permission — maybe she’d be down with outsourcing oral duties she finds tiresome, maybe she’d like to have an adventure or two of her own — or you should knock it the fuck off.

I am a straight woman who has been with my fiancé off and on for 12 years. I have broken up with him repeatedly, each time after two years of being together, but we always end up back together. The two-year point seems to be when I become so incredibly soul-crushed by our sexless relationship that I have to end it. Why is our relationship sexless? He is possibly asexual, my attraction to him is limited, he roughhouses and I am afraid he will hurt me, and he is crap in bed when we do have sex. But I love him, I treasure our history, and I would love for our families to merge. I essentially can’t live without him. I had the opportunity recently to get sexual attention outside the relationship, and now I can see living a life with my partner while having a separate sex life that involves other people. This is something he would never agree to. I am currently trying to examine my morals to see if I can be OK with this arrangement. It is the only thing I can think of that will allow me to stay with him. —Wondering If Faithfulness Endures

Would it be a good idea to marry a possibly asexual man you don’t find attractive, a guy who’s lousy in bed on those rare occasions when you do have sex, because you could see yourself being happy with him … so long as you can wrap your morals around lying to him for the next three or four decades?

The amount of stress that will pile up over the years — all that working to convince him that you’re not only not having sex with him, WIFE, but that you’re not having sex with anyone else either — will soon outweigh the stress of one knock-down, drag-out, open-and-honest conversation about the role of sex in your marriage. But instead of saying, “I’ll marry you, but only if I can fuck other people,” go with this instead: “Sex has never really been important to us as a couple. It doesn’t define our connection, honey, and it never has.” Then tell him that you won’t consider any sex that happens outside the marriage — so long as it is safe and completely discreet — grounds for divorce. Hopefully he’ll agree, WIFE. If not, don’t marry him.

Listen in as Dan gets drunk with NPR White House correspondent Ari Shapiro at Town Hall in Seattle: savagelovecast.com.