Call a divorce lawyer, someone has to fuck some sense into ’em, nontransactional sex. 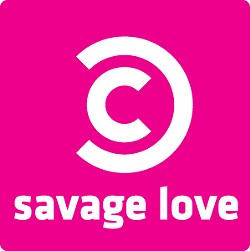 I’m a 24-year-old straight, married female. I have been religiously reading your column in the Portland Mercury since I was 16. Thank you for explaining things that my parents wouldn’t and for helping me clear the hurdles of adolescence!

I turn to you now for advice. Five months ago, I married the man of my dreams. He was driven, hardworking, loving and happy. We had amazing, cosmic and connected sex, and we enjoyed pleasing each other. We have been together for a little over a year. I realize now that it was way too soon to get married, but I let my romantic side get the best of me, and so here we are. We are miserable. Now when it comes to sex, it’s the furthest thing from my mind. When it does happen, it’s very one-sided. I rarely get off, and if I do, it’s on my own after he finishes because “it’s too much work” to get me off. That’s problem one.

Problem two is that on our wedding night, he broke his foot and couldn’t work as a result. After his foot healed, he quit his job. He told me he “didn’t want to do that kind of work anymore.” So now I work an exhausting full-time job, support both of us on a salary barely big enough for one, and come home every day to a filthy apartment. Here’s what my husband does all day: plays video games and jerks off to porn. Every time I broach the subject of him getting a job or picking up after himself, all hell breaks loose. I have brought up marriage counseling, because lately neither of us is the best at respectfully communicating, and his response is, “You can go, but I’m not going.” I thought about withholding sex until he finds a job, but I don’t know how big of a threat that poses as we have sex maybe once a week as it is. I would appreciate any advice you have for making this work, as I am not ready to give up. —Too Soon To Quit

I can’t tell you how much your letter saddens me, TSTQ.

Someone who started reading my column at age 16 — and that’s just the right age to start reading my column — should’ve known better than to marry a man she’d been dating for seven short months. And someone who has been reading my column for eight years should know what to do about a useless, unemployed, inconsiderate spouse: Call a divorce lawyer.

But you’re not ready to give up on this marriage, TSTQ, because an ill-advised quickie marriage is one thing (crazy whirlwind romance!), and a well-advised quickie divorce is another (sober acceptance of reality). So here’s my second-best advice for you: Move the fuck out. Tell your shitty husband that you’re not ready to divorce him but that you refuse to live with a man who doesn’t have a job, doesn’t cook or clean, and isn’t interested in talking to a counselor and working on his marriage. Tell him you’re moving out to preserve your sanity and whatever small chance this marriage has of succeeding.

Once you move out, TSTQ, your husband can find a job and pay his own rent or he can sit on the couch until his landlord has him evicted. If he gets his shit together, maybe you can stay married. If he doesn’t, well, then maybe you’ll be ready to give up.

All that said, the fact that you’re not ready to give up on this marriage ultimately doesn’t mean two squarts. Because your husband has given up on it. Your husband is making himself unbearable because he wants out. But instead of being an adult and asking for a divorce, your husband is doing everything in his power to drive you away. He doesn’t work, he doesn’t help pay the bills or clean the house, and he would rather play video games than fuck you. This is a man who — consciously or subconsciously — wants out of this marriage, TSTQ, and I predict that his shitty, inconsiderate behavior will escalate until he gets what he wants: out.

My wife and I are bi and monogamish, and we occasionally invite other swell guys, girls and couples into our bedroom. We’re crazy liberal hippies, and thus far have fooled around exclusively with similar folks. It’s difficult at the best of times to find couples where both members are bi, so when we find one, we tend to pursue them with wild abandon. We’ve recently been corresponding with a duo that seems perfect in every regard (bi, hot, intelligent). Our problem: In their last email, they labeled themselves as “compassionate conservatives,” which set off our socially progressive warning bells. Do we move on? Or do we keep politics off the table and go for it? Friends don’t let friends fuck Republicans, right?—Bisexual But Bipartisan?

I have an ethical dilemma. I’m an escort and a pro Domme. I have a ridiculous sex drive (it’s silly how much sex I want to have!) and I’m single. I’m also queer. But lately I find myself mostly hooking up with dudes for two reasons:

1) I think it’s important to also have nontransactional sex with dudes.

2) It’s easier to have casual sex with dudes because I rarely get emotionally attached to dudes. Like almost never.

If I use protection with these dudes, and I’m getting tested every three months, do I owe these one-time players the truth about what I do for a living? —Sexworker Troubled Intellectually

People who enjoy hooking up with strangers — people who have casual one-night stands with people they don’t know and may not see again — should go into those hookups knowing these two things:

2) They need to take all reasonable precautions while bearing in mind that condoms, even when used correctly, do not provide 100 percent protection.

So, STI, as long as you’re using protection, you’re doing right by your one-night stands. Your dudes are entitled to consideration and a reasonable concern for their well-being, and it sounds like they’re getting both. They are not entitled to your complete sexual history or your work résumé. If someone isn’t comfortable with the risks inherent in casual sex — if someone wouldn’t want to sleep with a sex worker, say, or an editor at Breitbart — that person needs to inquire as to whether the person they’ve just picked up is a sex worker or an idiot. The onus is on them.