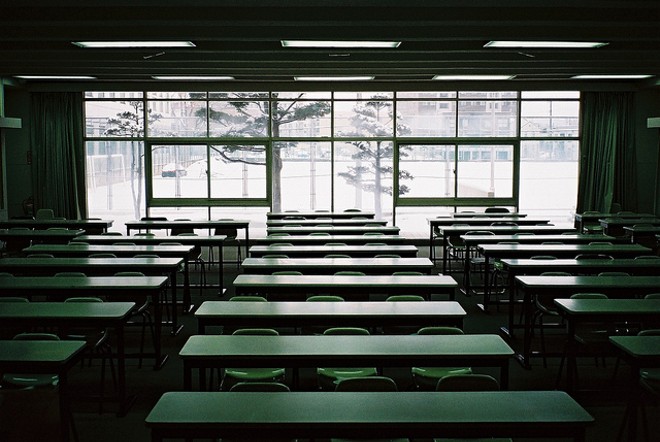 Shutterstock
Lawmakers introduce a bill that would change Michigan's disciplinary systems in school.

State Sens. Jeff Irwin (D-Ann Arbor), Erika Geiss (D-Taylor) and Adam Hollier (D-Detroit) introduced a package of bills this week to transform Michigan’s disciplinary systems in schools and further mitigate the effects of the long-running zero-tolerance policy that was abolished in 2016.

Zero-tolerance policies meant students were required to face penalties such as expulsion or suspension for even one act of misconduct. The state replaced that policy starting in the 2017-2018 school year with rules that required schools to take into account seven factors when debating whether a student should face disciplinary action.

Numerous studies have indicated that students lose out on valuable education and are more inclined to get into further trouble if they are kicked out of school.

In an interview with the Advance last week ahead of the bill’s introduction, Irwin said that although progress has been made to fight against the consequences of the zero-tolerance policies, some schools are still not implementing fair practices for students who are facing disciplinary action. He said these bills help to address that.

“The kids who are getting pushed out of school are often the kind of kids who it’s most important that we keep in school,” Irwin said. “For that reason, I think a lot of folks believe, and I certainly am part of this group, that expulsions should be the last resort. Everything should be done to keep kids in school, and everything should be done to make sure that kids rights are respected in the process so that they’re not pushed out of school unless they absolutely [have to be].”

Senate Bill 634, introduced by Irwin, creates guidelines for schools to release reports regarding how many days a student was suspended for and what their race, ethnicity, gender and whether they were “economically disadvantaged”, had a disability or if they are homeless. The bill also establishes the right for students to appeal their expulsion or suspension, and that students should still have the right to learn while they await an appeal proceeding.

Senate Bill 635, introduced by Geiss, sets new guidelines in place for students to receive due process when facing disciplinary action. The bill establishes that there be a hearing with an independent decision-maker to rule on the case where students and parents are able to give testimony and that evidence must be represented of student wrongdoing.

Senate Bill 636, introduced by Hollier, amends the seven factors that must be taken into account when schools are considering disciplinary measures for students. The bill adds considerations of whether a student is homeless, their current living situation, whether it would affect a student’s enrollment or retention, and a student’s history or trauma. The bill also establishes due process for students who are facing disciplinary action.

Hollier’s bill specifically makes sure that a student’s living situation is taken into account when issuing disciplinary action. According to a report from the University of Michigan’s Poverty Solutions initiative that analyzed data from the 2017-18 school year, homeless or students who have experienced homelessness were four times more likely to be expelled or suspended. The study also found that an estimated one in 10 Michigan students will experience homelessness by the time they leave school.

The Civil Rights Data Collection, which gathered information from over 96,000 public schools in the 2015-16 school year, found that minority students face harsher discipline than white students. Black students made up about 15% of the student body but accounted for 31% of the arrests made.

Hollier spoke at a press conference Thursday where he noted that expulsion should only be done “very deliberately” and “very rarely.” He also emphasized that expulsions happen disproportionately to students of color or to students with disabilities and are a result of a failure by school systems to properly intervene before something happens deserving of expulsion.

Geiss noted that Black girls are eight times more likely than white girls to be at risk for school arrests. She highlighted that these bills will help to tackle the school-to-prison pipeline and ensure more justice in school disciplinary actions.

“With trauma-informed restorative justice techniques in discipline at the school level, we can disrupt the school-to-prison pipeline and bring about racial justice in the process.” Geiss said at the press conference.

State Rep. Felicia Brabec (D-Pittsfield) who introduced the same bills in the House under HB 5297–5299, also spoke at the event where she said she can “attest to the devastating consequences that these decisions have on our young people.”

“Every student has the right to receive an education,” Brabec said. “Every student does. We need to make sure that when a student is deprived of that right, because of an explosion, that they are afforded that due process. … We know how damaging this is for kids to be removed from school and what the implications of that [are].”

There’s been an effort to change federal policy, as well. In June, Attorney General Dana Nessel, along with 23 other attorney generals, sent a letter to the Biden administration requesting that the president reinstate federal guidance on addressing disparities in school discipline. Her letter came after then-U.S. Education Secretary Betsy DeVos rolled back federal guidance in 2014 that sought to address disparities in school discipline.

Nessel and the other attorney generals also hoped to expand the guidance to cover discrimination based on sex, disability, sexual orientation and gender identity.

Originally published September 16, 2021 on Michigan Advance. It is shared here with permission.