Junk food news: The trouble that comes with decoding a party to which you weren't invited 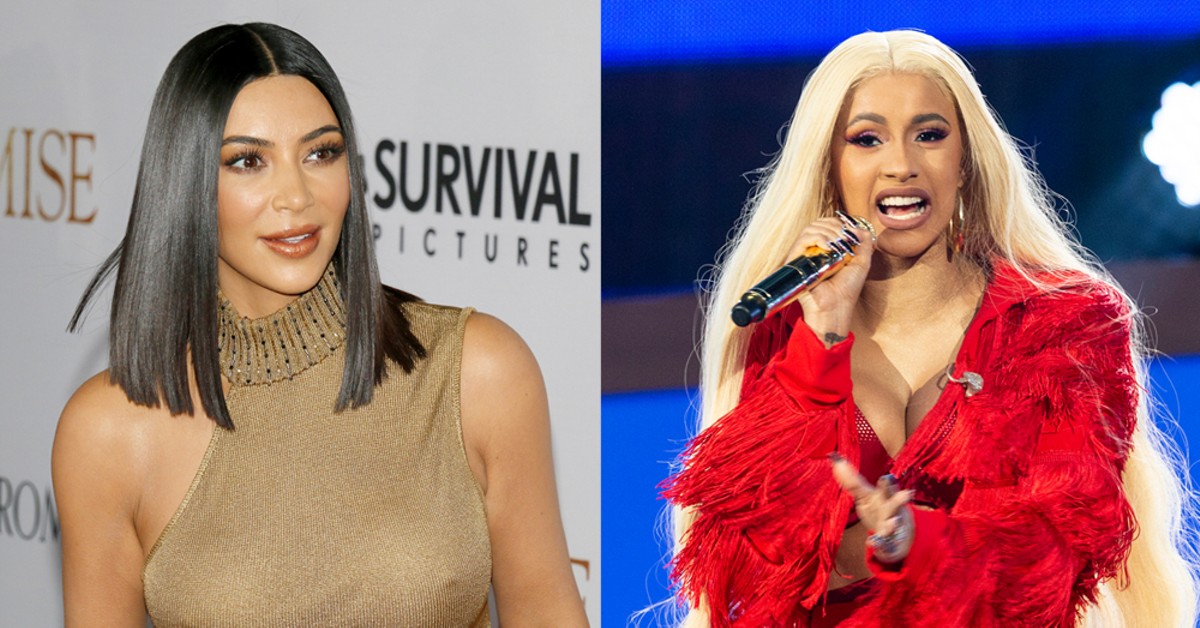 Project Censored cites Cardi B and Kim Kardashian as prime examples of "junk food news." The issues they address on their platforms are generally inane and inconsequential — until they post something that isn't. Tinseltownm lev radin, Shutterstock.com

This year's edition of Project Censored adopted the Mad Hatter's tea party from Lewis Carroll's Alice in Wonderland as an apt metaphor for the gas-lighting of important storylines, even as entertainment obscures those very same stories.

The authors of this chapter, Izzy Snow and Susan Rahman, critique the power of corporate media to capture consumer attention spans and hold them hostage. They liken this dynamic to the Mad Hatter's tea party in Alice in Wonderland.

Project Censored founder Carl Jensen coined the term "Junk Food News" in 1983 when referring to the sensationalist stories that consumed valuable airspace and attention spans. These empty-caloric stories are like a red tide sucking the oxygen out of seawater. They displace the real investigative journalism that is required to maintain a healthy democracy. Project Censored has covered the phenomenon ever since, charting its unfortunate and meteoric rise. Over the past few years the world of junk food news has gotten darker and more twisted, too. Snow and Rahman noted that "logic and proportion fell sloppy dead, torn apart by headlines that spread disinformation, propaganda, and utter nonsense."

This is probably most easily observed in corporate media's relationship with America's first reality television presidency, a match made in heaven (or hell, depending on one's perspective). In Trump's administration, corporate media has found a lover that provides drama and intrigue with every new tweet and faux pas.

Snow and Rahman cited the birthing stories of rap artist Cardi B and the American royal Meghan Markle, as well as the so-called flame war between the Kardashians and Fashion Nova as prime junk food news examples.

The authors argued that Markle's pregnancy overshadowed direct action of Extinction Rebellion protesters, who have used a variety of nonviolent techniques, from gluing their hands to the gates of Buckingham Palace, to planting trees in Parliament Square, to digging a hole and placing a coffin in it to represent humanity's future if no further action is taken to stop climate change.

The demonstrators' goal was to create a citizens assembly to evaluate current research on climate change and map a course of action to prevent its detrimental effects. Taking their cue from Extinction Rebellion, the birth strikers vowed to not to conceive children as a response to climate change. Corporate media's response to this statement, embodied by Tucker Carlson on Fox News, as Snow and Rahman pointed out, was to gaslight the activists by telling them to have more children if they wanted to be happier.

Snow and Rahman argued that Cardi B's birthing difficulties weighed larger than the prenatal health of Latinas even as this country's immigration policies have targeted Latino communities, and our president slanders them in the media. If that weren't enough, the fires that ravaged the Notre Dame Cathedral in Paris this past April and the massive fundraising response overshadowed the arson fires that burned scores of black churches in Louisiana. The dominance of reporting like this provoked the authors to ask what other fires were not being covered because of Junk Food News. Curiouser and curiouser, indeed, but the argument that coverage of one means there's less room for the other isn't altogether convincing until we consider the pressures that are crowding out the alternative press and the shrinking of newsrooms overall in the United States.

Although Snow and Rahman's critique of corporate media's gaslighting important movements and issues is remarkably on target, their work sometimes suffers from tunnel vision, given the restriction in chronology due to Project Censored's annual publication. Also, the authors don't ever really say who is playing the roles of Alice, the Mad Hatter, March Hare, or the Dormouse. In the iconic novel, Alice follows directions from the grinning Cheshire Cat to encounter these three characters engaged in a never-ending tea party. after following the Cheshire Cat's directions in the prior chapter. Alice didn't have a particular destination in mind when she asked for directions, but when she arrived it was apparent that she was not welcome.

Regardless of etiquette or convention, Alice elbows her way into the gathering. As the chapter unfolds, Alice engages the Wonderland characters in a discussion about meaning and logic, starting with a riddle Alice thought she could guess.

Do you mean that you think you can find the answer to it? said the March Hare.

"Then you should say what you mean," the March Hare went on.

"I do," Alice hastily replied; "at least — at least I mean what I say — that's the same thing you know."

"Not the same thing a bit!" said the Hatter.

It has been argued that Alice in Wonderland is a double-coded narrative, reflected at the textual level exemplified by the wordplay that's exhibited throughout the work, and the signifier level where this fantasy world serves as a metaphor to reality. With that said, Snow and Rahman's reading of this moment seems to leave behind the casual reader who is actively attuned to popular culture of this moment.

Celebrity blogs and entertainment magazines butter both sides of their bread with any bit of news, foible, mishap, or conflict a celebrity may encounter as they promote cult-of-personality stories in search of authenticity. But what's to be done when a celebrity cuts out the middleman and uses their platform to direct attention to news or issues that are relevant? How is the alternative press to treat such lightly regarded celebrities who demand to be treated seriously when they address serious issues, particularly celebrity women who don't fit a particular definition of feminism or respectability?

Pop artists and pop culture mavens generate their own revolving news-cycles when they post to their social media platforms, reaching tens or hundreds of millions of eyeballs daily. Cardi B gained a following by posting content on the Vine, Instagram, and YouTube diary-like confessionals as a stripper and her budding music career. Her social media following led to a spot on the faux reality series Love and Hip Hop: New York. The same can be said of Kim Kardashian, who owes her celebrity to the professionally managed leaking of a sex-tape and relationships to various recording artists and professional athletes before her current marriage to recording artist Kanye West. The issues they address on their platforms are generally inane and inconsequential until they post something that isn't.

From the political to the personal, Cardi doesn't shy away from controversy. She jumped into the fray when British rapper 21 Savage was arrested by U.S. customs and immigration officers for overstaying his visa. Cardi has made some comments critical of the Trump administration, has called on her fans to pay attention to the work of political activists such as Shaun King on issues related to police abuse and taking back the Senate from the Republicans.

During this same period, it has been reported that Kardashian has been leveraging her platform as a multi-billionaire beauty and fashion entrepreneur to a Trump-whisperer on behalf of wrongfully and unjustly incarcerated prisoners. In fact, it's been reported that she had been bankrolling the legal advocacy of such prisoners long before the work became public knowledge.

The point here is that the media landscape of today is far different than it was in the 1980s, when gatekeepers determined what's important for better or worse. Today's media landscape teems with characters with varying degrees of ability in attracting attention.

At the end of Carroll's chapter: A Mad Tea-Party, Alice gives up trying to crash the party after being insulted and rebuffed for the very last time. Alice goes about her business through this fantasy world. Before long, she finds the long hall that would transport her to the Queen's croquet grounds.

The stripper from the Bronx and the sexpot turned fashion and beauty maven have both donned the veil of feminine respectability with marriage and motherhood. In a contextual moment where it's no longer clear who's playing the role of Alice, it's a strange juxtaposition for a gate-keeperless tea party to decide who gets to party. 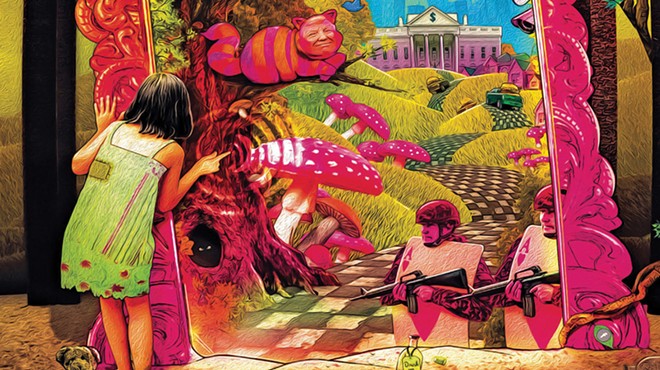