If Democrats won’t do something about Trump’s corruption, they’re complicit in it 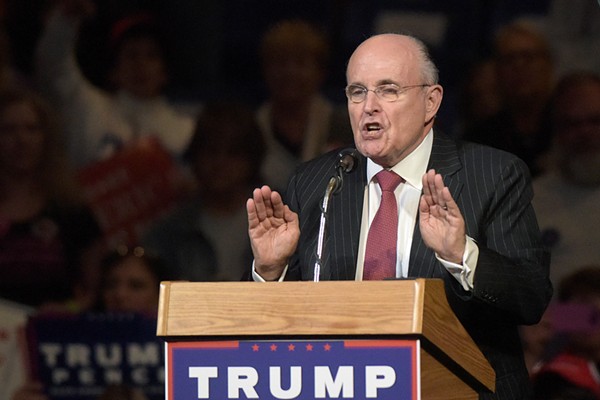 I don't think Joe Biden is the most electable candidate in the Democratic primary, and I doubt he'll be the nominee. But his double-digit polling leads over Donald Trump have remained remarkably durable, despite the gaffes and poor debates and concerns about his age and inability to generate excitement among the base.

And Trump, it seems, is apparently scared shitless of the man, and the lengths to which he'll go to stop him could lead to a constitutional crisis that makes Watergate look like child's play.

Here's what we know: Last week, The Washington Post reported that a member of the intelligence community had filed a whistleblower complaint against the president, and the IC's inspector general had deemed the complaint credible and urgent — meaning it rose above the level of hearsay or a mere policy dispute. With that finding, the inspector general had a legal obligation to turn over the complaint to Congress.

But Trump's acting director of national intelligence has refused to give members of Congress access to the complaint. Both the White House and the Department of Justice — run by Attorney General William Barr, who also ran interference for Trump in the aftermath of the Mueller report — instructed the DNI's office that the president is not governed by laws covering intelligence whistleblowers.

In effect, the administration's position is that Trump is above the law. (Last week, under the same theory of supreme presidential authority, Trump also sued the state of New York to block a subpoena for tax returns, arguing that he can't be criminally investigated while in office, even in state court.)

The Post's first report only said that the complaint centered on a "promise" Trump had made to a foreign leader. It took less than 48 hours for the blanks to get filled in: The foreign leader was the newly elected president of Ukraine, a former comedian who ran on an anti-corruption platform. The promise was the release of hundreds of millions of dollars in military aid that Congress had appropriated — Ukraine is fighting Russian-backed separatists in the eastern part of the country — but the administration was withholding it, ostensibly because of concerns about corruption. What Trump wanted in return, and reportedly expressed eight times, was for Ukraine to reopen a closed investigation into a company that Joe Biden's son Hunter had advised and to allege that Biden had blackmailed the government into firing the chief prosecutor, Viktor Shokin, in 2016.

Not that it will matter in the fever swamp, but this conspiracy theory has been thoroughly debunked; Ukraine's leading anti-corruption activist has called it "absolute nonsense." The Obama administration, in conjunction with the European Union and the International Monetary Fund, did push Ukraine to oust Shokin — but because American officials thought he was protecting corrupt officials, including the oligarch who employed Hunter Biden. (The case against the oligarch's company, which concerned potential crimes that took place before Hunter Biden became an adviser, was shelved by early 2015, more than a year before the U.S. and its allies pushed for Shokin's firing.)

At this point, it's worth stressing that Trump had previously dispatched Rudy Giuliani, his personal lawyer — not anyone from the DOJ or the FBI — to Ukraine in an effort to dig up dirt on Biden, which is about as clear a tell as you get that this is a campaign matter, not a corruption matter.

So to recap: The president tried to force another country's leader into interfering in our election on his behalf while dangling $250 million over his head. Then his administration did everything in its power to make sure that the whistleblower's complaint never saw the light of day.

All of this — extortion, corruption, obstruction — not only meets the criteria for impeachment, it demands it. And that's just what we know as I'm typing these words, less than a week after the story broke, before we've seen the actual complaint. Imagine the other ways in which the rule of law is about to be tested, in which our Constitution is about to be strained by an administration that sees it not as sacred but as inconvenient, in which the president's partisans are going to have to choose where their loyalties lie.

History is watching the Democrats, too — and they're failing, just as they did after the Mueller report dropped, when Nancy Pelosi decided that the political risks of impeachment outweighed their constitutional obligations. The House Judiciary Committee fumbled, and the White House exploited that weakness with defiance. (On Tuesday evening, after this story went to press, Pelosi announced a formal impeachment inquiry against Trump.)

Emboldened, Trump didn't just invite foreign interference into our elections; he demanded it. And here again, Democratic congressional leaders are passive, giving Trump and Giuliani and their allies room to push the narrative that maybe there's something to this Biden thing — aided by the same credulous both-siders in the mainstream press who gave oxygen to the nonsensical Uranium One story in 2016, and who crowed day and night about Hillary Clinton's emails.

Let's keep our eyes on the ball. What the president did — and what the president wants to distract us from — is a crime, and the only solution is impeachment. It doesn't matter if Senate Republicans try to shrug it off. Put Trump's venality on display and let the American people see it for what it is, and see his enablers for who they are. It's time for this country to have a long-overdue gut check.

If congressional Democrats aren't completely useless, they won't wait, they won't make excuses, and they won't shirk their responsibility again. If they do, then they're complicit in Trump's corruption.