Happy Friday! The Doomsday clock is now 100 seconds to midnight 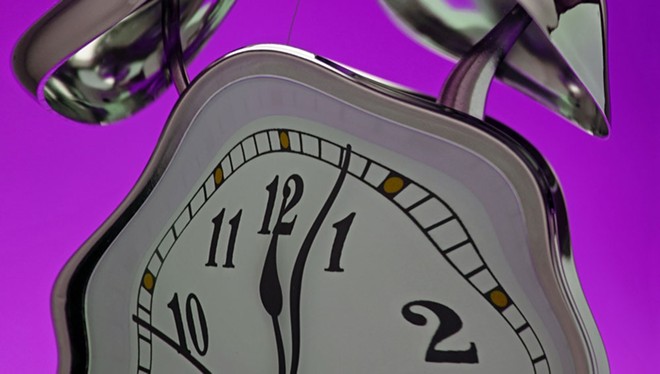 Good morning, Detroit! On Thursday, the Bulletin of the Atomic Scientists moved the hands of its "Doomsday Clock" to 100 seconds before midnight — the closest the hands have ever been to the symbolic hour of the apocalypse in its 73-year history.

What does that mean for your weekend?

Here are the opening lines of the official statement from the Bulletin of the Atomic Scientists:

Humanity continues to face two simultaneous existential dangers—nuclear war and climate change—that are compounded by a threat multiplier, cyber-enabled information warfare, that undercuts society’s ability to respond. The international security situation is dire, not just because these threats exist, but because world leaders have allowed the international political infrastructure for managing them to erode.

In the nuclear realm, national leaders have ended or undermined several major arms control treaties and negotiations during the last year, creating an environment conducive to a renewed nuclear arms race, to the proliferation of nuclear weapons, and to lowered barriers to nuclear war. Political conflicts regarding nuclear programs in Iran and North Korea remain unresolved and are, if anything, worsening. US-Russia cooperation on arms control and disarmament is all but nonexistent.

Civilization-ending nuclear war—whether started by design, blunder, or simple miscommunication — is a genuine possibility. Climate change that could devastate the planet is undeniably happening. And for a variety of reasons that include a corrupted and manipulated media environment, democratic governments and other institutions that should be working to address these threats have failed to rise to the challenge.


Then again, this thing has always kind of been the clock that cried doomsday. Its hands have never been any further from midnight than it was in 1991, when it was set to 17 minutes to Doomsday — so in other words, we've been teetering on the brink of extinction for most of our lives. Also, this metaphor is pretty whack — this isn't how a clock works.

Anyway, here's our event calendar page for ideas of things to do in metro Detroit this weekend.