Phil Lowe/Shutterstock.com
Abortion rights activists dress up as characters from The Handmaid's Tale at a protest.

A coalition of abortion rights groups are hoping to enshrine the right to reproductive freedom in Michigan by amending the state Constitution.

This proposal would amend Michigan’s Constitution to explicitly affirm Michiganders’ right to make and carry out decisions relating to pregnancy, including abortion, birth control, prenatal care, and childbirth.

“We are exploring a ballot measure that would preserve every individual’s constitutional right to make the very personal decision about reproductive health care, including abortion, and keep those decisions between the individual and their medical professional. We all have the right to determine our own futures,” said Nicole Wells Stallworth, executive director of Planned Parenthood Advocates of Michigan.

The amendment would also prohibit criminal punishment for a miscarriage, stillbirth, or abortion.

This comes at a time when access to abortion is on shaky ground at the federal level and Michigan doesn’t have any constitutional protections in place.

The Supreme Court, which is considered to have its most right-wing makeup in decades, agreed to hear arguments last month on a Mississippi law banning abortions after 15 weeks. Depending on how the court rules in the case, Dobbs v. Jackson Women’s Health Organization, the Supreme Court’s 1973 ruling in Roe v. Wade, that declared abortion to be a constitutional right, could be overturned.

If Roe is overturned, a 1931 Michigan law that criminalizes abortions will go into effect. 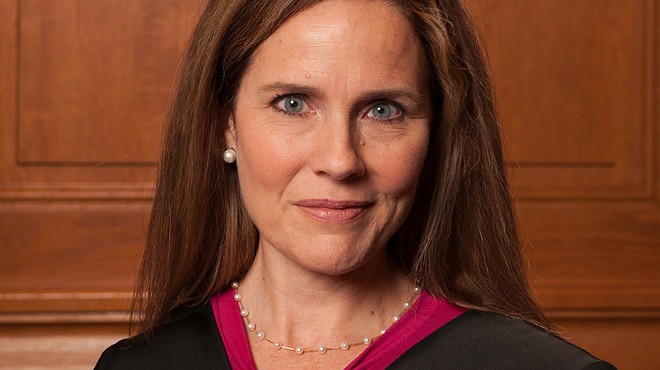 “This is something that’s been highly visible. It’s something that Americans and Michiganders are all paying attention to,” Wells Stallworth said. “Right now we’re at a time where we’re faced with this being one of the key issues of the 2022 election.”

In September, Gov. Gretchen Whitmer called on the GOP-led Legislature to repeal the 90-year-old law, but Senate Majority Leader Mike Shirkey (R-Clarklake) said Senate Republicans “will not waiver from this fundamental duty to protect the sanctity of life.”

According to research from Planned Parenthood Federation of America, nearly 2.2 million Michiganders could lose abortion access if Roe is overturned.

An August 2020 poll done by North Carolina-based Public Policy Polling, found that 77% of voters in Michigan agree that any decision about pregnancy should be made by the woman.

Because the coalition is filing to create a constitutional amendment, rather than a state statute, it avoids the risk of being adopted and later amended by the Republican-led Legislature. That’s what happened with 2018 proposals increasing the minimum wage and requiring sick leave.

If the reproductive rights initiative receives the necessary 425,059 signatures — 10% of the total votes cast in the 2018 gubernatorial election — it will go directly to the ballot for voters to decide.

A similar initiative in Vermont has been in the works and is poised to be on that state’s ballot in November.

Wells Stallworth said the amendment aims to repeal Michigan’s 1931 abortion ban, while also ensuring that Michiganders keep the constitutional right to an abortion that they have had for nearly 50 years.

“That’s why we wanted to make sure that the language was as broad as it could possibly be so that it is all-encompassing of a person’s reproductive rights,” she added.

The Advance asked Planned Parenthood President Alexis McGill Johnson in an August 2019 interview if the organization was looking into a ballot measure. McGill Johnson said at the time that they were “trying to figure out what is the most viable thing that would reflect the will of the people of Michigan.”

Since 2019, two abortion restrictions have failed to get traction in Michigan, including Right to Life of Michigan’s petition drive to ban the rare dilation and evacuation (D&E) abortion procedure and the Michigan Heartbeat Coalition’s drive to ban abortions at the first sign of cardiac activity.

The coalition’s next step is to seek the Board of State Canvassers’ review and approval of a proposal summary before beginning to collect signatures.

Originally published Friday, Jan. 7 by Michigan Advance. It is republished here with permission.