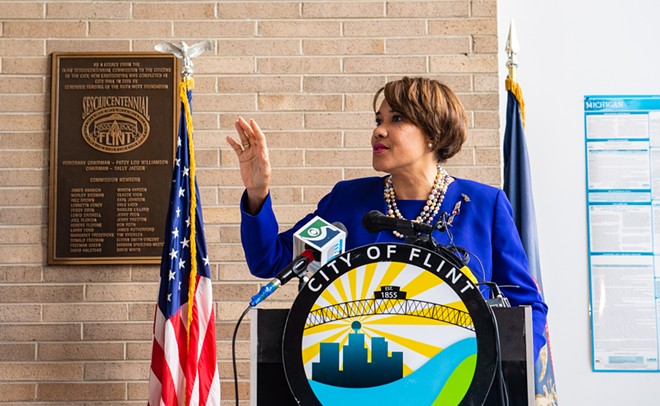 On Wednesday afternoon, U.S. District Court Judge Judith E. Levy filed a 178-page approval of the Flint water crisis settlement, which will pay $626 million to residents and businesses — one of the largest payouts in the state's history. The majority of the funds will go to children who were exposed to the city's toxic water.

"The settlement reached here is a remarkable achievement for many reasons, not the least of which is that it sets forth a comprehensive compensation program and timeline that is consistent for every qualifying participant, regardless of whether they are members of a class or are non-class individuals represented by their own counsel," Levy wrote.

The sentiment was echoed by Attorney General Dana Nessel.

"For those who have endured the damage done by the Flint water crisis, I know this day brings only partial relief to what remains unimaginable hardship, but I hope this important settlement can be acknowledged as a positive step in the healing process," Nessel said in a statement. "The people of Flint deserve accountability and to be compensated for any injuries they suffered. I am proud of my civil team’s tireless work to reach this historic settlement. Their commitment to this process cannot be understated."

But Karen Weaver, who was Flint's mayor during the water crisis, from 2015 to 2019, says the historic settlement doesn't go far enough. She said she told former Governor Rick Snyder that a settlement should be at least $1.5 billion, according to MLive.

"I never thought the amount was reflective of the lives that have been damaged and those that aren't here anymore," she said, adding, "When will we get something reflective of what we are worth? When does that happen? We haven't gotten it in the settlement, we haven’t gotten it in the criminal cases. I mean, we just seem to be devalued people here in the city of Flint."

In a statement, Gov. Gretchen Whitmer acknowledged that the settlement was only partial justice.

"The court's final approval of the settlement is an important step forward in the process of helping Flint heal and making amends to the families and individuals who have faced so much uncertainty," Whitmer said. "What happened in Flint should never have happened, and no amount of money can completely compensate people for what they have endured. We hope this settlement helps the healing continue as we keep working to make sure that people have access to clean water in Flint and communities all across Michigan. While this chapter may have concluded, we hear and respect those voices who remind us that healing Flint will take a long time. Our long-term commitment to the people of Flint is undiminished, and we will keep working to help build the bright future that the people of Flint deserve."

Nine people, including Snyder, have been charged in connection with the water crisis. The House Oversight Committee said it's investigating allegations of a cover-up under Snyder following a report co-published by Metro Times and The Intercept.

Meanwhile, the cities of Benton Harbor and Hamtramck are now dealing with elevated levels of lead in their drinking water.