Detroit's 'The Drop' New Year's Eve event is officially canceled but will return in 2021, organizers say 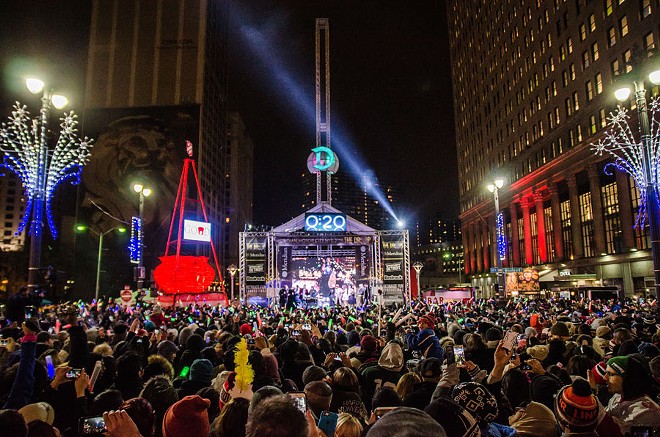 Courtesy of The Drop Motor City NYE
"The Drop" when it was last held at Campus Martius Park.

Organizers of "The Drop" have dropped the ball again, with the downtown Detroit New Year's Eve event now officially canceled for the second year in a row — but they promise the event will return in 2021.

The event — a Motor City take on New York City's Time Square Ball, festooned with a giant "D" — was once again canceled due to problems securing sponsorship funding, as well as scheduling and logistical issues, according to the Detroit Free Press.

But after the Freep broke the news, organizers say they were able secure a sponsor for next year's event in Michigan First Credit Union.

"After hearing of this year’s cancelation, the credit union stepped up to support the treasured event as Title Sponsor for NYE 2021, ensuring thousands of metro Detroiters will be able to ring in the New Year with the giant ceremonial 'D' on December 31, 2020," the organizers wrote in a press release. "Thanks to Michigan First’s sponsorship the event will continue to be free and open to revelers of all ages."

"Our guiding principles for The DROP remain the same, to offer the community a premium entertainment experience, in a fun, safe environment," event co-founder Jerrid Mooney said in a statement. "We are humbled and inspired by the many calls and emails we’ve received offering support for next year and are looking forward to producing an unforgettable night for the tens of thousands of partygoers that are excited to celebrate in Detroit."

The Drop was founded in 2009, and was held in Campus Martius Park until moving to Beacon Park in 2017. It drew tens of thousands of people downtown over the years until the event was abruptly canceled last year, citing logistical issues. "Now, nearly a decade later with the city’s mounting revival, downtown Detroit is awash with activity that make event logistics and timing for our ever-growing celebration an issue of concern," Mooney said in a statement last year.

Up until last week, it seemed likely the event would return this year, with the website motorcitynye.com saying the 2020 Drop was a go. The site has since been updated.

Fortunately, there are plenty of other ways to ring in the new year in Detroit. You can find more parties in our 2020 NYE party guide, or pick up a copy of this week's paper.