The rebrand comes with new upgrades 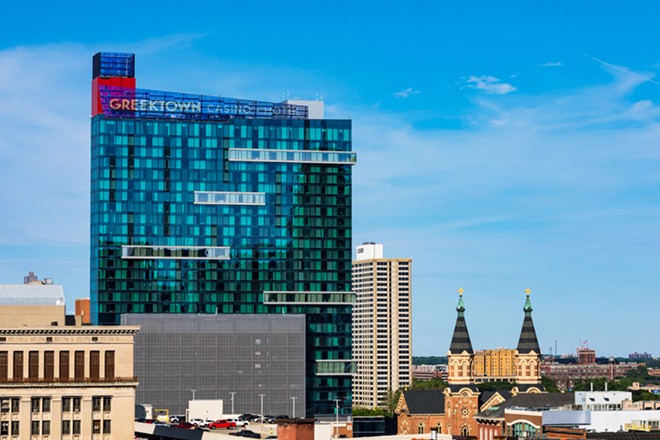 Shutterstock
Greektown Casino-Hotel is getting a rebrand.

Greektown Casino-Hotel in downtown Detroit is getting rebranded with a new name and upgrades, the new owner announced Monday.

Beginning on May 1, the 22-year-old casino will be called Hollywood Casino at Greektown.

The company owns 18 other casinos with “Hollywood” in their names.

The casino’s 1,200-square-foot lobby recently underwent $30 million in renovations, which includes a new cocktail bar, and it's in the process of remodeling its 400 hotel rooms and suites.

The casino’s steakhouse, Prism, is also getting a new menu.

"Becoming Hollywood Casino at Greektown will offer our guests the best of both worlds: we're keeping all of the unique, neighborhood charm that has defined Greektown since we opened our doors, while adding several new amenities that come with being a part of Penn National's flagship brand family," John Drake, general manager of the casino, said in a statement.

"Whether you're a regular, loyal guest or a first-time visitor, we'll have something new and improved for you to experience and enjoy."

The casino is also upgrading its gaming technology. It will be the first casino in Michigan to offer mywallet — a cashless, card-less feature that enables people to connect their phones to slot machines and table games, according to Penn National.

The casino also extended its partnership with Detroit Music Hall to bring a variety of live musical and comedy performances. Among those performing this year are Michael Bolton, Wanda Sykes, Boyz II Men, Jim Brewer, and America.