Deal to save DIA art could be a grand illusion. 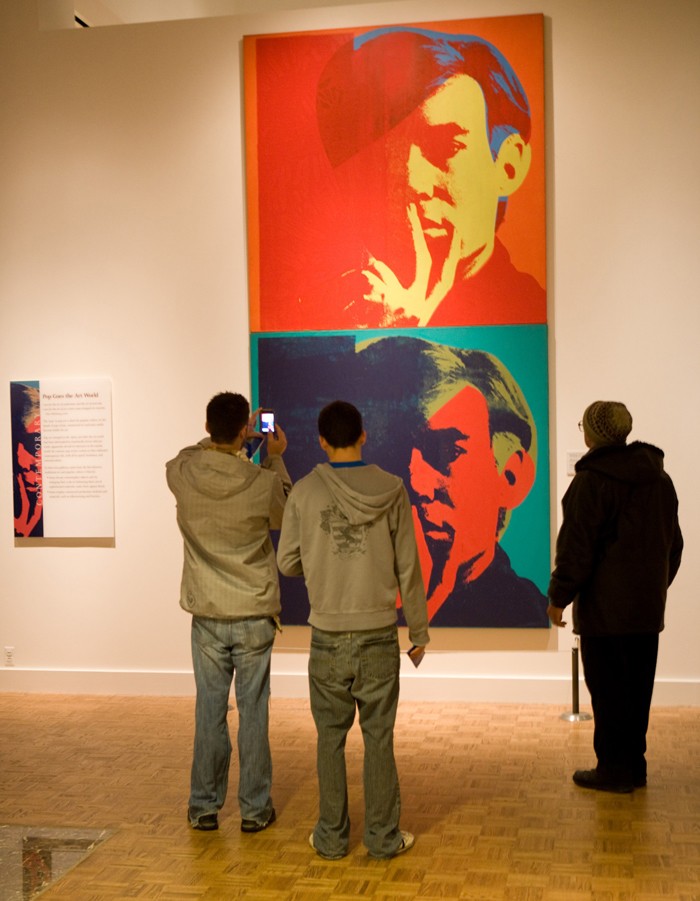 (Update 4/16 12:18 p.m.: A significant deal with Detroit's pension board and retirees was announced late Tuesday night, after this rag went to press. It's contingent on the state legislature's approval of its $350 million pledge for the so-called "grand bargain.")

The move was seen as an attempt to blow up a current proposal to shore up Detroit’s pensions, at least, somewhat: an $816 million so-called “grand bargain” funded by numerous foundations, the state, and the DIA itself. Under that plan, the museum would be spun off into a new nonprofit, salvaging any potential sale of, say, Rembrandt’s “The Visitation.”

Essentially, the bond insurer, Financial Guaranty Insurance Co., is trying to save itself some pain; as The New York Times reports, it stands to receive one of the lowest returns in Detroit’s bankruptcy because it insured a $1.4 billion deal to boost the city’s pension fund in 2005, a move the city now contends was illegal.

Although municipal bankruptcy law does not allow a creditor to force Detroit to sell its assets, FGIC’s representatives, with the support of several union groups, suggested the city could help itself by taking their advice.

“It is in the best interest of all creditors to maximize the value of the art — and there is widespread conviction among multiple creditor groups that the ‘grand bargain’ fails to do so,” an adviser to the bond insurer said in a statement in published reports last week.

We at News Hits, cynics that we are, saw the bids as last-minute attempts to tap the city for what’s left in its coffers, but we were fascinated by the instant backlash from local pundits blasting the creditor groups for even considering the DIA’s collection.

The argument: The current “grand bargain” preserves the city’s most important cultural asset while lending financial support to some of the most heavily affected retirees. (Under Detroit Emergency Manager Kevyn Orr’s current bankruptcy-exit proposal, some pensioners could receive as much as a 34 percent trim to their monthly pension check.)

“… think about what FGIC’s proposal would do from an art standpoint: Take pieces that are part of a public collection and sell them into privacy for the super-rich. It drips with a galling elitism that says art is for the privileged, not people in cities like Detroit,” Henderson writes. “… The so-called grand bargain that is taking shape ($815 million from foundations and the state) puts a lie to that pompous assumption. It’s a big step in the right direction — toward taking care of the city’s most valued assets, and ensuring that its most vulnerable people aren’t crushed in the settlement.”

Henderson is correct, in that such moves wrongly pit pensioners against art — and it’s nice to consider the thought of an untouched DIA after Detroit exits bankruptcy. But there was one glaring problem in his analysis: The “grand bargain” fund is far from being a slam-dunk. Henderson reiterated his call for Gov. Rick Snyder to uphold the Michigan constitution by ensuring that pensions are made whole, but the column’s lack of scrutiny on the current proposal leaves more for the heart to desire. More on that in a moment.

Daniel Howes, columnist at The Detroit News, followed with another review of the grand bargain, citing the valuation of the art conducted by Christie’s auction house last fall at Orr’s behest.

“Their combined $816 million fund approaches the high point of the Christie’s valuation of the DIA’s most valuable works,” Howes writes. “Add the $100 million from [a recent] bondholder settlement … and the fund earmarked to lessen cuts to pension payouts is pushing $1 billion. The trade-off: The museum stays in Detroit, the art stays in the museum, the collection is not used as collateral … and the whole transaction is executed … to benefit the community and the pensioners who worked many years for the city.”

Though some appear apt to sign off on the $816 million proposal as a surefire thing, the Hits crew feels it needs to be restated that the deal hangs on a major “if.” That is, if the state legislature will in fact sign off on their end of the bargain, a $350 million pledge spread out over 20 years.

Howes rightly points out state support is, by no means, a guarantee, but he hangs the proposal’s lifeline anyway on Detroit’s employees as an “unfortunate” reality of the situation now at their behest. That’s because Gov. Rick Snyder says Lansing won’t even consider voting to approve its pledge unless Detroit’s retiree groups agree to Orr’s currently proposed cuts to their monthly pension checks.

The way the deal is structured, the impetus lies with the retiree groups to act first. If they balk, the whole thing’s kaput.

To make matters more difficult, the judge overseeing Detroit’s bankruptcy, Steven Rhodes, signaled to retirees to reach a deal now, after he approved an $85 million settlement last week to end a horrendously complex financial deal between the city and two banks. The decision potentially gives Orr the option under bankruptcy law to force remaining creditors to accept cuts, called a “cramdown.” (See Curt Guyette’s story “Done Deal” in this week’s issue for more.)

No matter how it’s viewed, that puts retirees in a tight position, as state lawmakers plan to break for summer recess at the end of May. And, being that it’s an election year, some assume Republican lawmakers may find it difficult to vote in favor of the plan.

So retirees have to decide: Do they take Orr’s cuts and hope for the best? Or should they keep fighting in court? Most, including Orr, continue to suggest taking the former.

But it’s hard to imagine what the retirees’ reaction would be if they bend to the emergency manager and Snyder’s wishes, only to have Lansing drop the ax on the entire shebang. One bankruptcy expert tells us the way the deal is structured, the grand bargain fund would, if any party defaults on their pledge, diminish by whatever amount isn’t raised by the state, DIA or foundations. Translated: Tens of thousands of pensions may still take a whack.

And even if Snyder gets the support he needs, the Hits feels safe to assume it would come with some unpleasant dealmaking happening behind the scenes, especially with another likely contentious lame-duck session this winter.

(There’s plenty of piss-poor proposals we’ve heard Republicans are itching to pass too: there’s a plan that would change the state’s electoral vote allocation in presidential elections from a winner-take-all system to votes by congressional districts, and a bill to allow communities to opt-out of the Regional Transit Authority one pol said he’d use as a “political chip” for approving the $350 million pledge for Detroit’s bankruptcy.)

We had to wonder if this really was the best that we could do. A deal that still provides steep cuts to retirees and likely requires some political gamesmanship in Lansing to push it through?

Here’s the problem critics have with the plan, one we’ve reported before that bears mentioning again: While some appreciate the expedited trajectory Orr’s placed the city on to exit bankruptcy, there’s still plenty of moving targets that haven’t stabilized yet — the least of which being the pleasantly branded, entirely uncertain “grand bargain.”

A number of news outlets have reported the DIA’s $100 million contribution to the grand bargain as if it were a shoo-in. That’s not the case yet: The goal “definitely has not been reached,” a spokesperson for the museum tells the Hits. “But we’re making progress.”

Behind all of this mess, the group that’s left in the lurch is the multitude of city retirees. Even if they accept Orr’s cuts, what happens if the state fails to approve its $350 million pledge — how steep would the cuts be then?

Even then, with the stage being set for a possible cramdown, one of the people who actually expressed hesitation about the grand bargain fund last week happens to be Orr.

Although he rebuffed FGIC’s offer in an interview with Reuters, Orr told the wire service a cramdown may violate a precondition of the grand bargain.

The emergency manager said a cramdown was still unlikely, but “everything is always on the table.” We’ll assume that includes the city-owned DIA collection.