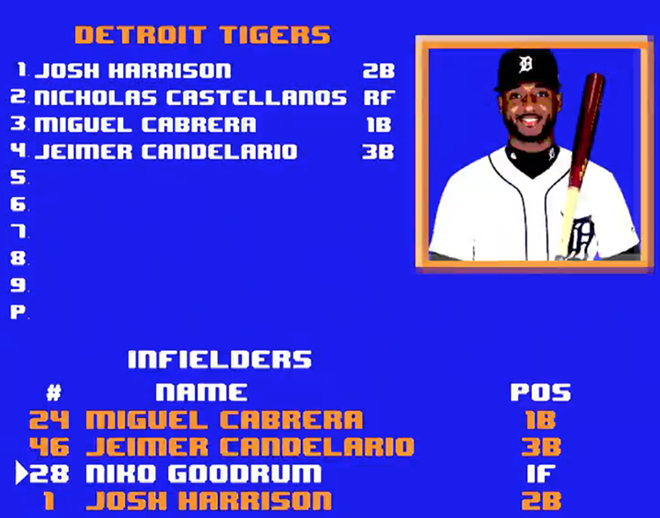 The nerds over at the Detroit Tigers' social media team deserve a raise.

The team took to Twitter to announce its opening day lineup against the Toronto Blue Jays with a nostalgic, 8-bit Nintendo Major League Baseball spoof that should appeal to fans of a certain age.

The Tigers opening day lineup is as follows:

Time to blow the dust off the cartridge.

Leyland "Lee" DeVito grew up in the suburbs of Detroit, where he read Metro Times religiously due to teenaged-induced boredom. He became a contributing writer for Metro Times in 2009, and Editor in Chief in 2016. In addition to writing, he also supplies occasional illustrations. His writing has been published...
Read More about Lee DeVito
Scroll to read more Detroit Sports articles