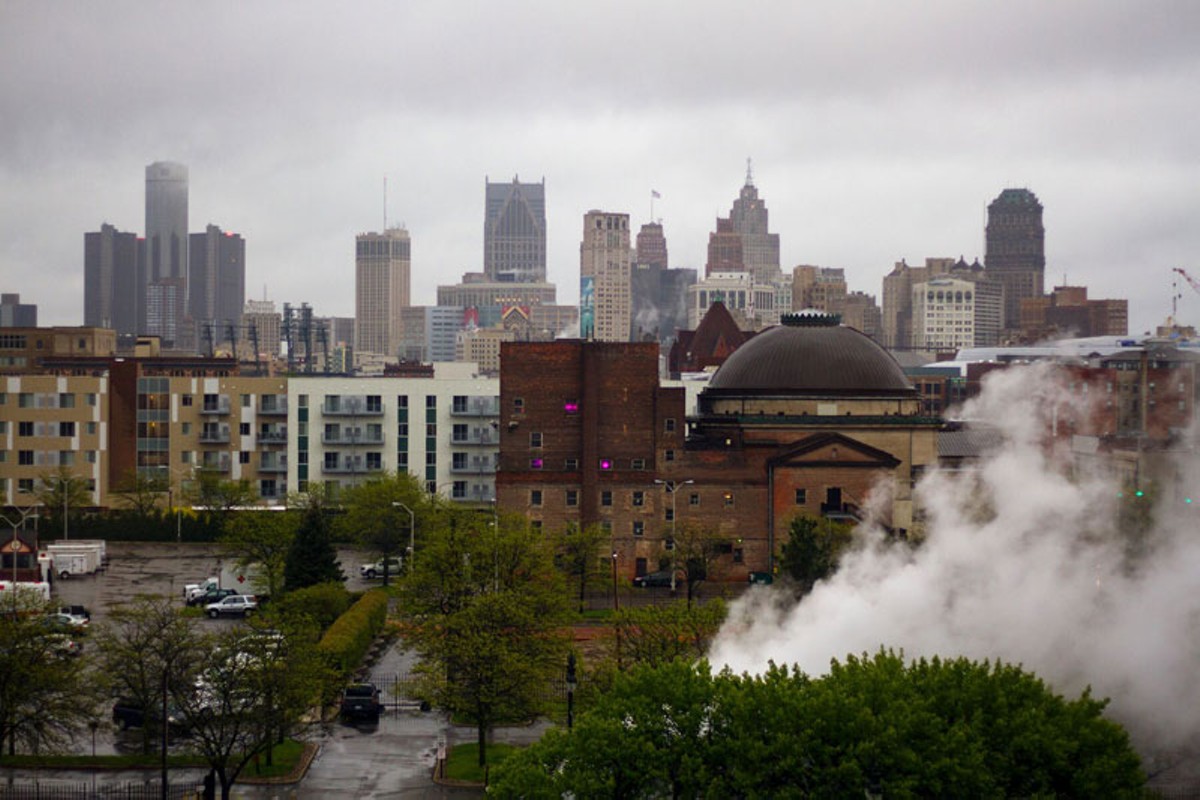 Detroit has seen a boom in new apartment complexes, though rent has skyrocketed. Steve Neavling

Freddy Evans and his family hung on until they no longer could.

The tipping point came in 2017, when the monthly rent on their modest, one-bedroom apartment in the Cass Corridor reached $1,000, nearly twice what they had been paying just five years ago.

With a part-time janitorial job that pays $9.50 an hour, Evans was spending more than 70 percent of his paycheck on rent.

For the next year, Evans, his fiancée, and their 4-year-old daughter bounced from a homeless shelter to friends' sofas to a cheap, filthy, crime-ridden apartment in a neighborhood with abysmal city resources.

Evans is far from alone.

In America's most impoverished big city, the average rent has increased a whopping 80.2 percent since July 2011, from $585 a month to $1,054 in February, according to rent.com, which tracks apartment rates. That's the largest rent hike among big cities.

During the same period, the median household income has been relatively stagnant at $27,838. Detroiters now spend a greater share of their income on rent than any other major city.

To put that into perspective, a family earning a median household income would have to spend 45.5 percent of their earnings on an average apartment.

The federal government considers anyone who spends 30 percent or more of their income on rent to be "rent-burdened." In Detroit, about 60 percent of apartment dwellers are "rent-burdened," the highest rate among the nation's big cities.

The impetus for the rent hikes is multi-faceted and includes public and private investments. Since 2013, the year Detroit filed for bankruptcy, the city has handed out hundreds of millions of dollars to wealthy developers for projects ranging from Little Caesars Arena to Dan Gilbert's Hudson's site skyscraper, which will be the state's largest residential high-rise.

During that period, developers built more than 3,000 apartment units since 2015, predominantly in downtown, Midtown, Corktown, Eastern Market, Lafayette Park, and the waterfront.

"Between 2010 and 2016, the population in Greater Downtown increased by over 9,000 residents, the majority of whom moved to the area from outside Detroit and were between the ages of 18 and 34," according to a city report on the housing crisis. "Demand is driving significant levels of new construction."

In those areas, thousands of longtime Detroiters have been displaced because they cannot afford the escalating costs of rent.

To address the massive displacement, Mayor Mike Duggan began requiring developers to carve out 20 percent of the housing units for people who live below the Area Median Income (AMI). The trouble is, the AMI is a federal statistic based on the median income of people living in the Detroit-Warren-Livonia metropolitan area, where the wealthier suburbs drive up the average to $48,000 for an individual.

In Detroit, the median income is $27,838 – or 72 percent lower than the metropolitan area.

The income gap is so large that most of the new "affordable housing" units are off limits to 70 percent of Detroiters.

Making matters worse, as many as 10,000 affordable housing units are at risk because of expiring low-income housing tax credits. About half of them are in greater downtown.

Duggan's administration is focusing on providing affordable housing in the neighborhoods, where the city has been much slower than the rest of the nation to recover from the financial crisis a decade ago. Since then, more than 150,000 houses have been foreclosed because of delinquent taxes or mortgage defaults.

That has created a surging demand for rental units.

To stave off an impending housing crisis, Detroit is planning to develop a $250-million fund to preserve 10,000 existing affordable housing units and build an additional 2,000 ones.

Since 2014, the city has preserved or added more than 3,000 "affordable" housing units.

"This fund will be used to preserve existing affordable housing, produce new affordable housing, including supportive housing, and strengthen neighborhoods through investments in large-scale single-family stabilization projects," according to the city's "Multifamily Affordable Housing Strategy."

During the city's State of the Union, Duggan said the plan is central to preserving a "city where there is opportunity for everyone."

"Those who stayed need to benefit," Duggan said.