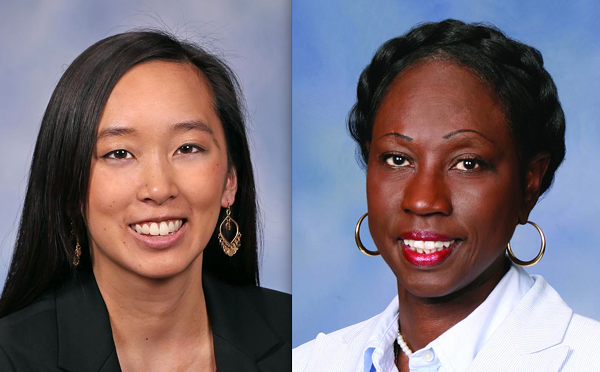 Rep. Bettie Cook Scott has issued an apology for her remarks. Find her statement here.

More than a dozen community groups have called on Rep. Bettie Cook Scott (D-Detroit) to apologize for a series of racial slurs sources say she used to describe her primary election opponent, Rep. Stephanie Chang (D-Detroit).

Scott is alleged to have referred to Chang as "ching-chang" and "the ching-chong" to multiple voters outside polling precincts during last Tuesday's election. She's also said to have called one of Chang's campaign volunteers an “immigrant,” saying “you don’t belong here” and “I want you out of my country.”

"These comments are offensive to all Asian-Americans," Chang tells Metro Times. "It isn't about me. It's about an elected official disrespecting entire populations, whether they be Asian-American, immigrant, or residents of Sen. District 1 or [Cook's] own current house district."

The various off-color remarks were heard by multiple people connected with Chang, including Chang's husband, who spoke with Metro Times. Sean Gray says after overhearing Cook disparage Chang outside a precinct on the east side of Detroit, "I ... asked her not to speak about my wife in that manner. At that time she said to the voter that 'these immigrants from China are coming over and taking our community from us.' Further, she said it 'disgusts her seeing black people holding signs for these Asians and not supporting their own people.'"

Gray, who is black, says Scott then went on to call him a "fool" for marrying Chang.

'When you hear someone that's a minority and a woman using slurs against another minority that's a woman, it's just mind boggling.'

At another precinct, in Detroit's East English Village, Scott was overheard telling a voter, "Thanks for voting for me, you don't need to vote for that ching-chang." That comment was relayed to Metro Times by Kalaya Long, a volunteer with Voices of Women to Win.

"As an African-American woman, I've been called the N-word before in my life and you never forget it," says Long. "Each time it's shocking and appalling and disgusting, so when you hear someone that's a minority and a woman using slurs against another minority that's a woman, it's just mind boggling and it just felt dirty."

Scott did not respond to email and phone call seeking comment. She currently represents Detroit's southeast side and three of the Grosse Pointes and was endorsed by Detroit Mayor Mike Duggan in her bid to become a state senator. 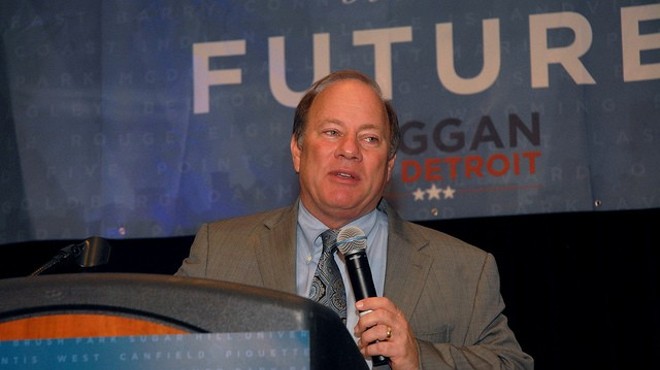 The call for an apology is being led by the group the Asian & Pacific Islander American Vote — Michigan.

"Elected officials should be held to high standards of professional conduct, and respect people of all racial and ethnic backgrounds," APIAVote-MI said in a statement. "No elected official or candidate for office, regardless of political affiliation, should use stereotypical imagery or language. The use of these stereotypes is counter to the progress our country has made over past decades to encourage respect for all communities."

Other groups that have called on Scott to apologize include the Association of Chinese Americans, the African Bureau of Immigration & Social Affairs, American Citizens for Justice, the Detroit Hispanic Development Corporation, and Equality Michigan.

In a media release, the groups detailed the following allegations against Scott:

● In the early morning at Bethany Lutheran Church in Detroit, Rep. Scott called one of Rep. Stephanie Chang’s campaign volunteers an “immigrant,” saying “you don’t belong here” and “I want you out of my country.”
● Later on in the day, Rep. Scott was talking to a voter and said “these immigrants from China are coming over and taking our community from us.” Further, she said it “disgusts” her “seeing black people holding signs for these Asians and not supporting their own people.”
● In the early evening at East English Village Preparatory Academy, Rep. Scott approached another campaign’s volunteer and told her not to vote for the “ching-chang,” apparently referring to Rep. Chang. She was overheard telling multiple voters “Vote for me. Don’t vote for the ching-chong!” She also told Rep. Chang’s campaign staff that she called Chang’s volunteers “ching-chongs,” saying “I called them ching-chongs. That’s what they are!”