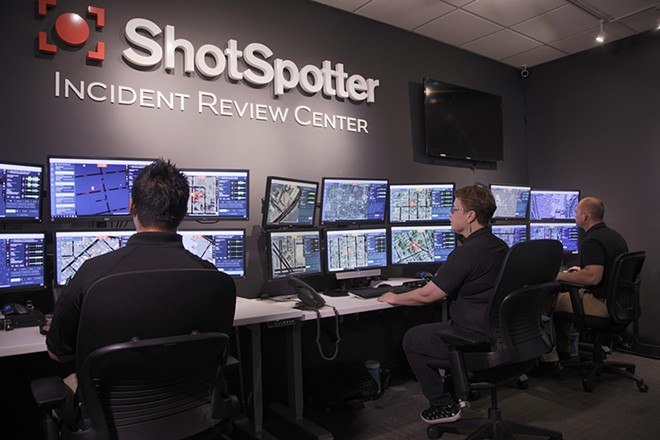 Courtesy photo
As the only provider of city-scale gunshot detection systems in the United States, ShotSpotter effectively has a monopoly on the market.

For the third time in three weeks, the Detroit City Council on Tuesday postponed a vote to expand a controversial surveillance technology for the police department.

The council voted 6-3 to delay a vote until next week.

Last week, a majority of the council members said they don’t support using COVID-19 relief funds to pay for ShotSpotter, a technology that relies on a network of sensors to detect gunshots.

Gail Fulton, liaison for the city’s law department, said the administration is trying to identify another source of funding.

Council members said they’d be more likely to support the $7 million proposal if the Detroit Police Department uses its own budget to fund the technology, which critics say is unproven, racially discriminatory, and does nothing to address the root causes of crime. (ShotSpotter has denied and downplayed the claims.)

Last week, the council approved renewing the city’s $1.5 million contract it currently has with ShotSpotter.

Opponents of the technology said the city shouldn’t use COVID relief funds for surveillance when the city is in desperate need of better jobs, affordable housing, school programs, transit, health care, and clean air and water. Others argued that the technology is invasive and expands law enforcement’s reach in already over-policed and over-surveilled neighborhoods.