Detroit has miles of vacant land. Why does it only get one tiny Target? 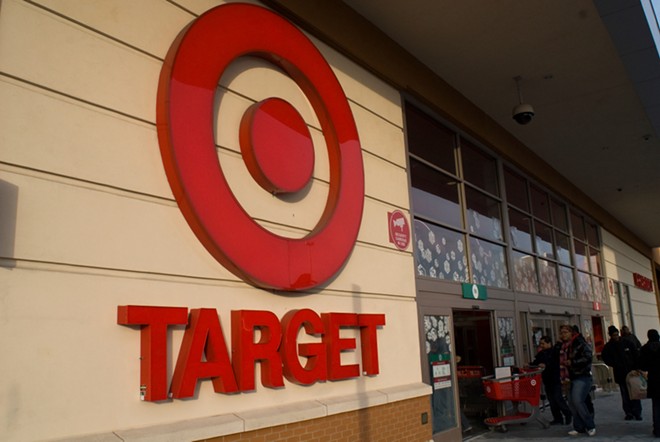 If you're like us, you were probably excited to hear of the news that Detroit is getting a new Target store — its one and only.

And if you're like us, you also might be wondering why it is that Detroit, a major American city, is only now getting a Target. (A previous Target store located in the outskirts of the city at the Bel-Air shopping center closed in 2003.)

Plus, the new store, slated for the new City Club Apartments development at the corner of Woodward and Mack, is tiny at 32,000 square feet, while the chain's suburban stores are typically about 130,000 square feet. If you're like us, you might wonder: why can't we have nice things?

On the one hand, Detroit's forthcoming small-format store is par for the course for the retail giant. In recent years, Target has shifted its focus to small-format stores, opening dozens across the country ranging from 13,000 to 40,000 square feet. And local retail chain Meijer is also thinking small lately, opening a 42,000 square-foot store on Jefferson Avenue last month, compared to the two normal-sized stores the company opened on Eight Mile Road and Grand River Avenue within the past decade or so, each about 190,000 square feet.

Are these new smaller stores appropriately sized? So far, shoppers at the new small-format Meijer have complained that the store's small parking lot tends to fill up. We are the Motor City, after all, and even if we weren't in love with cars, the city's public transportation system leaves much to be desired.

But anyone who has spent any time in Detroit knows that land isn't exactly a rare commodity here, anyway. Detroit's population peaked in the 1950s with nearly 2 million people, and the city has shrunk ever since, now home to just 639,111, if the 2020 Census is to be believed. (Mayor Mike Duggan has accused the Census of undercounting Detroit.) Travel through the city and it isn't long until you encounter abandoned buildings, including massive former industrial warehouses, and even occasional stretches of empty lots that almost feel like you're out in the country and not a major urban area.

We were too busy (lazy) to dig into this, but on his blog on Tuesday, Dion Thompson-Davoli, an aspiring urban planner who is part of the 2020 Jesuit Volunteer Corps and works at the nonprofit Community & Home Supports, took a look at what he calls "Detroit's vacancy paradox" — the fact that Detroit simultaneously has too much and too little empty land.

According to Thompson-Davoli's analysis, Detroit does indeed have plenty of vacant land, but the problem is that it's dotted all over the place, and not very useful when it comes to major projects that require upwards of 20 contiguous acres.

"It would be challenging to assemble a 20-acre site out of existing land anywhere in the city, much less on a highly-trafficked corridor that could host a large grocer," he writes. "Detroit built out its commercial corridors before the era of big auto-oriented strip centers and they generally feature short, angular blocks with retail facing the arterial and homes on three sides. The Mejiers replaced an abandoned high school and the abandoned state fairgrounds. There aren’t too many similar sites out there."

If you look at just Detroit's vacant lots that are larger than a block, there are only 49 such sites, and only two along a major thoroughfare. But neither of those could be combined with adjacent land to get a size big enough for a suburban-style store without displacing residents or businesses.

As Detroit's population has shrunk, its schools have shuttered. While a larger abandoned high school could have enough acreage for a large retail store, their location in neighborhoods, surrounded by residential homes, is not ideal for shopping destinations. It's a similar situation for the city's former industrial sites, which tend to be in areas better suited for industrial use.

In other words, like Samuel Taylor Coleridge wrote in his poem "The Rime of the Ancient Mariner": "Water, water, everywhere, nor any drop to drink."

The land is only one part of the equation, though. Plenty of other cities have Targets. In fact, Target currently has six stores in Portland, Oregon, which is smaller in both size and population than Detroit. Cities around the world have Apple Stores and Best Buys, while Detroit does not. Save for the big-box stores like Nike and H&M that have opened in recent years in developer Dan Gilbert's downtown, big corporations simply seem to have an aversion to doing business in Detroit. And it's not like Detroiters don't shop or work at these big-box stores, they just have to go out to the suburbs to do it.

"What, in fact, began happening when I was born in my beleaguered hometown in the ’70s was a corporate boycott of our super black city," filmmaker and Detroit native dream hampton wrote in Bon Appétit magazine in 2018. "It extended from restaurants to grocery stores that would open, say, up to half a dozen locations in historically Waspy neighborhoods like Grosse Pointe, while pretending Detroit itself didn’t exist."

Target's absence in the Motor City is somewhat odd considering its parent company is the result of the 1969 merger of the Minneapolis-based Dayton Company and Detroit's former J.L. Hudson Company, better known to Detroiters of a certain age as Hudson's. Once upon a time downtown Detroit had a 2,200,000 square-foot department store, the second-largest in the U.S., after New York City's Macy's Herald Square. But Hudson's shuttered in 1983, as white people continued to flee the city, and was eventually demolished in a 1998 implosion. In a parallel, less racist timeline, Hudson's might have simply been rebranded as a Target.

Gilbert is building a new skyscraper on the site of the former Hudson's, which is slated to have 73,300 square feet of retail space. Sure, it's not exactly the size of a big-box suburban supercenter, but it's not inconceivable that a large(ish) department store could soon return to the heart of the city.

In the meantime, though, Detroiters will continue to shop and work at the many big-box retail stores out in the suburbs, just as they've been doing for decades.