Deserving of a second term

The stark choice of Obama vs. Romney 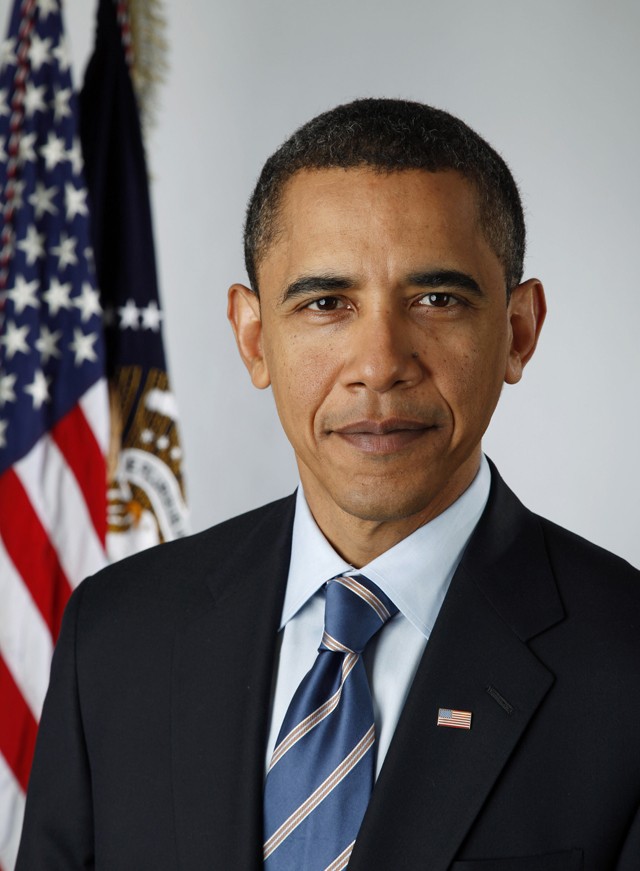 Obama: Despite shortcomings, a president who faced up to enormous challenges

Four years ago, when endorsing Barack Obama, we expressed some trepidation over his tendency to steer a course down the middle of the road.

Despite relentless claims from the lunatic right that the president is some sort of "socialist," the real concern from progressives is Obama's willingness to compromise principles that we hold dear.

Take the little-debated issue of unmanned aerial drones, which have been used by the Obama administration to conduct assassinations of suspected terrorists and militants in at least five different countries.

"Democrats spent several days at their convention two weeks ago wildly cheering and chanting whenever President Obama's use of violence and force was heralded. They're celebrating a leader who is terrorizing several parts of the Muslim world, repeatedly killing children, targeting rescuers and mourners, and entrenching the authority to exert the most extreme powers in full secrecy and without any accountability — all while he increases, not decreases, the likelihood of future attacks. This new Stanford/NYU report is but the latest in a long line of evidence proving all of that."

There's a line that bears repeating: "all while he increases, not decreases, the likelihood of future attacks."

Disregard the moral arguments against the use of military force, if you will. Call them the manifestation of an idealism that doesn't work in the real world, if you want. But if you do, at least try to consider the issue from another perspective.

"What would we do if China, or Russia, or Iran sent a drone over the U.S.? How would we respond? ... We would see the presence of a drone over our air-space as an act of war, no question about it," the profoundly liberal U.S. Rep. Dennis Kucinich (D-Ohio) said recently. "And a firing of a drone would invite a full retaliatory response. ... Why then does our administration believe that America has some kind of a peremptory position? Why are we immune from international law? Where did we get that special privilege?"

It's a policy that, as Greenwald notes, only makes us less secure in the long run because it further sows seeds of anti-American hatred.

Just as Obama's militarism poses a threat to our long-term national security, his administration has failed to ensure that our economy is protected from the kind of economic catastrophe that engulfed the country when he first took office.

As recently as his third debate with Romney, the president boasted that, under his watch, "we passed the toughest Wall Street reform since the Great Depression."

Journalist Bill Moyers recently asked Neil Barofsky to evaluate that claim. A former federal prosecutor and one-time inspector general of the Troubled Asset Relief Program (TARP), Barofsky is the author of Bailout: An Inside Account of How Washington Abandoned Main Street While Rescuing Wall Street.

His assessment of the Wall Street reforms being touted by Obama?

"... it didn't deliver the goods where it matters the most. Again, not saying that it doesn't have some good, positive things for our system and for people. But it didn't deliver the most important thing that we need if we want to address the causes of the last crisis and help prevent the next one."

"Are you suggesting," asked Moyers, "that we could have another crash?"

"I think it's inevitable," replied Barofsky. "I mean, I don't [see] how you can look at all the incentives that were in place going up to 2008 and see that in many ways they've only gotten worse and come to any other conclusion."

So why, given the gravity of these critiques, would we again urge you to vote for Obama?

Because it would be folly to trade an insufficiently progressive administration for one that is so proudly regressive on so many issues. Because a Romney presidency would clearly be a disaster.

Economically, Mitt Romney is touting an approach that will either place massive new burdens on the middle class or massively increase a federal deficit that's already dangerously high. That's the reason he won't provide the details of his economic plan, and the unnamed loopholes he says he will close.

Certainly, with the selection of Tea Party darling Paul Ryan as his running mate, Romney has fully embraced the far right's fanatic determination to achieve a balanced budget without raising income tax rates for those at the top.

That's the take of Paul Krugman, a liberal New York Times columnist and winner of the Nobel Prize in economics, on the likely outcomes, depending on who wins this election.

"If Mr. Obama wins," writes Krugman, "he'll presumably go back to pushing for modest stimulus, aiming to convert the gradual recovery that seems to be under way into a more rapid return to full employment.

"Republicans, however, are committed to an economic doctrine that has proved false, indeed disastrous, in other countries. Nor are they likely to change their views in the light of experience. After all, facts haven't gotten in the way of Republican orthodoxy on any other aspect of economic policy. The party remains opposed to effective financial regulation despite the catastrophe of 2008; it remains obsessed with the dangers of inflation despite years of false alarms. So it's not likely to give up its politically convenient views about job creation.

"And here's the thing: if Mitt Romney wins the election, the G.O.P. will surely consider its economic ideas vindicated. In other words, politically good things may be about to happen to very bad ideas. And if that's how it plays out, the American people will pay the price."

We wish there were some other practical choice — a viable third-party candidate that more completely embraced the progressive values this paper has championed since its founding more than 32 years ago.

But the reality is that, unlike times in the recent past, there's no candidate representing the left wing who merits anything close to serious consideration.

And so, progressives are left with two choices: We can stay home in protest of Obama's failings, or we can give him our vote — both to fend off the certain disaster of a Romney presidency, and to ensure that we have a president who will at least be cognizant of our concerns — on drones and truly meaningful financial regulation, even — and perhaps willing to move in our direction.

Not because we're knee-jerk leftists, but because history has shown that it's the progressive path — peace rather than war, regulation rather than unfettered capitalism, equal rights, concern for the environment, and liberal economic policies — that has been most likely to move us forward as a nation.

That's definitely not going to happen under Mitt Romney, who has moved further and further to the right to gain the support of the crazies now controlling his party.

Having pandered to the Tea Party in order to win the G.O.P. nomination, voters right, left and center are correctly left asking: "What does this guy really believe in?"

He was for Romneycare before it became Obamacare. He was pro-choice before deciding Roe v. Wade needed to be overturned. He believed that global warming was occurring and humans were contributing to it, until he decided he didn't know why it was happening.

At this point, the only immutable belief held by Romney appears to be his absolute certainty that he should be president. What he's proved is that he'll take almost any position to achieve that goal.

In Obama, despite his shortcomings, we've seen a president who remains calm in crisis and deliberative in his approach to governance.

He's withdrawn our troops from Iraq, and he's set a deadline to end the war in Afghanistan. He pushed through health-care reform that, although far from ideal, has opened the door to insurance coverage to 32 million Americans — including those with pre-existing conditions and people under the age of 26, who can now be covered by their parents' insurance.

Here in Michigan, the administration's successful approach to helping save the auto industry from liquidation can't be denied. Abroad, Osama bin Laden won't be masterminding any more attacks.

No president in modern history came into office facing the challenges that awaited Obama on his first day as president. With two wars under way and the economy on the verge of collapse, he faced a Herculean challenge.

Obama rose to that challenge. It seems that many have conveniently forgotten just how bad things were only four years ago.

In January 2009, Obama's first month in office, more than 800,000 jobs were lost. For Republicans to ridicule the recovery the Obama administration has engineered is the height of both intellectual dishonesty and cynical politicking. These are the same extremist Republicans who fail to admit their embrace of the economic and regulatory policies that led to the collapse in the first place, and who did everything possible to thwart the size and effectiveness of the Obama program to stimulate the economy.

Still, the Obama administration did halt the slide into an economic abyss, and a turnaround is under way. More than 5 million private-sector jobs have been created, and the economy has been expanding (albeit slowly) for 13 consecutive quarters.

And it's crucial to point out that the Republican opposition goes beyond usual differences over governance. More than in any time in our recent past, the party out of power has based its agenda on the raw politics of returning to power. Since the day Obama was sworn into office, the GOP's No. 1 priority has been to block progress in order to put their party back in the White House.

Republicans should not be rewarded for putting party interests so cravenly above the national interest.

As far as the best interests of not just this country, but of the entire world, the question of what to do about the threat posed by global warming must be considered, even though the issue has been almost completely absent from this campaign.

Does anyone in his or her right mind think that Romney — who seldom fails to mention how much he loves coal — would be more green than Obama? Of course not.

The same is true of a host of social issues — from a woman's right to choose to gay rights.

When the only pragmatic choice is between Barack Obama and Mitt Romney, there's no doubt about where the hope for a better future lies. That future is with Obama.

Post comments online at metrotimes.com or send them to [email protected]