Democrats in Congress want to know why drones were surveilling protesters in Detroit, other cities 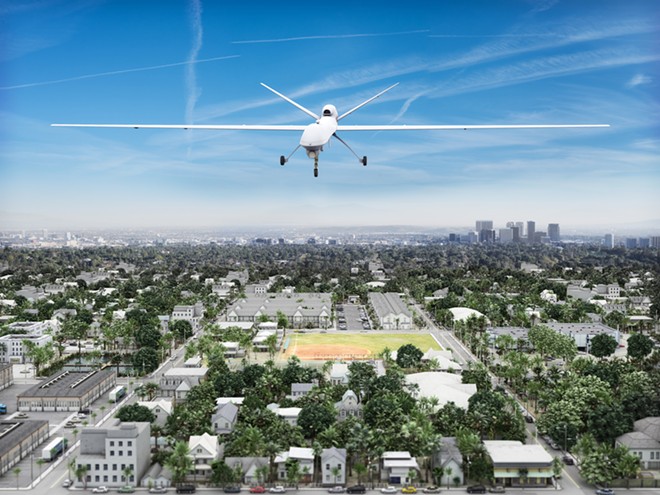 Democrats in Congress are demanding answers about the use of drones to surveil protesters during rallies in Minneapolis, Detroit, and other cities.

In a letter to federal law enforcement agencies, a group of 25 lawmakers, including Reps. Rashida Tlaib and Brenda Lawrence, called for the end of what they say is unconstitutional surveillance of law-abiding residents.

“While the job of law enforcement is to protect Americans, limited actions may be necessary if a demonstration turns violent,” the letter states. “However, this authority does not grant the agencies you lead to surveil American citizens or collect vast amounts of personal information.”

The letter is addressed to the FBI, DEA, Customs and Border Protection, and National Guard. None of the agencies immediately responded to Metro Times’ requests for comment.

“Americans should not have to take proactive measures to protect themselves from government surveillance before engaging in peaceful demonstration,” the letter states. “The fact that the agencies you lead have created an environment in which such headlines are common is, in and of itself, an indication of the chilling effect of government surveillance on law-abiding Americans. For these reasons, we demand you cease surveilling peaceful protests immediately and permanently.”