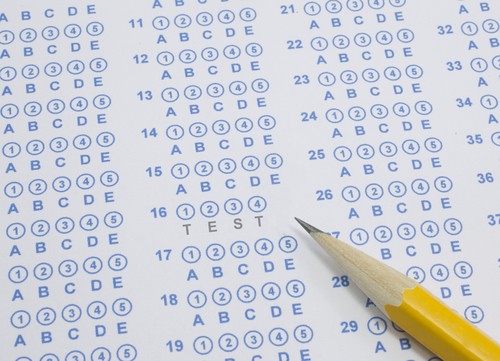 By the time this rag hits newsstands, the state House may have pushed a bill along that would codify the Education Achievement Authority and expand it to allow the district to operate as many as 50 schools statewide. The move has critics of the authority calling on lawmakers to pump the brakes. Recent test scores from the EAA’s students suggest an expansion isn’t necessary, and may be unjust.

The EAA currently operates 15 of Detroit’s lowest academically performing schools. It’s a separate, independent school district governed by a board whose majority are appointees of Republican Gov. Rick Snyder.

An extensive analysis published last month by Thomas Pedroni, a Wayne State associate professor of academic studies, lends support to those who take issue with the authority’s possible expansion. The Michigan Department of Education recently published the latest cohort data from the Michigan Education Assessment Program, commonly known as the MEAP test, which shows mean averages of students’ proficiency in reading and math have in fact slipped.

The analysis reviewed about 1,400 EAA students who took the MEAP test in 2012 and 2013. More than 75 percent of students who failed to demonstrate proficiency on the MEAP math exam last year showed no progress toward proficiency, and one-third actually showed declines, Pedroni writes. Reading exams performed about the same — 58.5 percent showed no progress, with roughly one-third showing declines.

Pedroni tells News Hits the data should raise a red flag. In its advertisements, the EAA boasts of student achievement gains on its in-house performance assessments, but the MEAP results calls those assessments into question, he says.

A week after Pedroni published his findings, Gov. Snyder took to the editorial pages of The Detroit News to make the EAA’s case. His op-ed struck a cheery, seemingly evasive tone for the gloomy-eyed Hits crew.

“We are in the early stages of the EAA, but already there is progress,” Snyder wrote. Drawing on another set of data, the governor declared, “Results show that 12 percent of students who had previously failed state reading tests passed them in 2013. And overall, 38 percent of the EAA students tested on the MEAP made progress toward or beyond proficiency in reading, and 21 percent improved in math.”

The governor made no mention of the students who actually declined in proficiency. He cites the students’ previous education as a chief reason for the lagging numbers. “So many EAA students started years behind where they should be academically,” he writes. “Many have made impressive gains, but might still fall shy of proficiency on the state exams at this point.”

So even if there are some students who may be years away from reaching proficiency — as Snyder points out — the year-over-year cohort data results show a district in which many students are actually falling behind.

Pedroni’s not alone in the fight. Two members of the State Board of Education slammed the EAA expansion bill last week, telling The Detroit News in a statement it is “not a coherent nor effective school turnaround strategy. Michigan is the only state in the union creating a completely unregulated marketplace of new schools, which is now hurting the performance of all schools.”

Also, state Rep. Ellen Cogen Lipton (D-Huntington Woods) passed out copies of Pedroni’s report to every legislator on the House floor last week when the expansion bill nearly came up for a vote. “So, I think it’s part of the debate now,” Pedroni says.

Another point of note: Since the scores were released, the state House bill that would codify the EAA (HB 4369) no longer mentions the authority as the sole entity that could run the additional underperforming school districts, Pedroni says. Last month, state Superintendent Michael Flanagan decided to terminate the exclusivity agreement between the EAA and the state’s Department of Education in February 2015.

But if the bill passes in the near future, the legislation enables the EAA to take on the additional schools until February 2015. Only then would the other options become possible.

Regardless, Pedroni says, the capability of the authority should be taken into consideration as lawmakers continue debating the bill.

“The fact of the matter is, the EAA doesn’t have any magic bullets,” he says.

Even if the authority did have such a magic bullet, the Hits crew continues to mull a question we hope will cross the minds of some lawmakers this week: What’s the point of expanding a supposed reform district that, based on the state’s data, has yet to prove itself? If it’s truly about the students, at this point, we’re left to think otherwise.