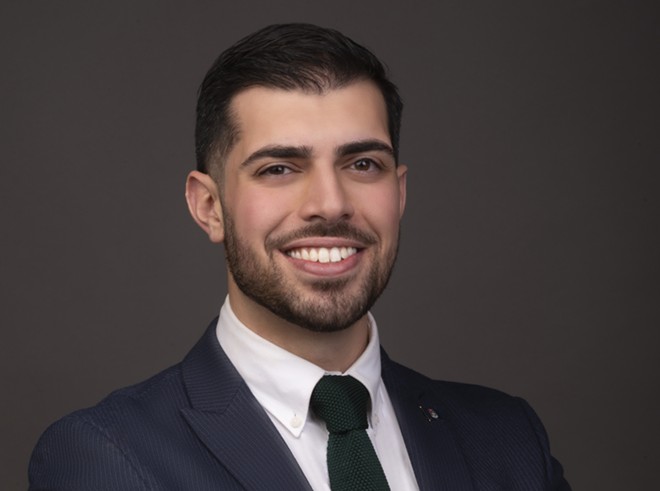 Community activist and former Michigan Department of State official Bilal Hammoud on Tuesday announced his candidacy for a seat on the state House.

Hammoud, 25, is running in the newly drawn 15th District, which represents Dearborn Heights and west Dearborn.

“I am dedicated to breaking bureaucratic silos and working to bridge gaps between government and the people it serves,” Hammoud said in a statement. “This is an opportunity to work cohesively across all levels of government to bring resources back home.”

Hammoud previously served as a public engagement associate in the Executive Office of Secretary of State Jocelyn Benson, where he was tasked with making government more accessible to marginalized communities. He also chaired the Secretary of State’s Language Access Task Force.

Before that, Hammoud was a project manager in the city of Cheboygan, where he worked on economic development in the city’s downtown.

“During times of crisis when the city has been in need, like during the floods, he showed up, boots on the ground, and led volunteer groups across the city to help struggling families in their home,” Bazzi said. “For years Bilal has promoted community service in our city from food distributions to making sure families have clean water. This stuff is second nature to his character.”

“Bilal Hammoud is knowledgeable, trusted, and has been directly involved with helping to resolve issues and bring resources to community members,” said Ali, who serves on Abdullah Hammoud’s mayoral transition team. “Bilal has been a proud activist, advocate, and volunteer for over a decade. He will serve and represent all his constituents, be their voice, and put in the work to make a difference.”

Dearborn Heights Councilwoman Nancy Bryer said of Hammoud, “We could do no better than to have him as our State Representative.”