As inflation eats away at paychecks, giving Americans a break on energy costs is good policy… for them AND for the planet 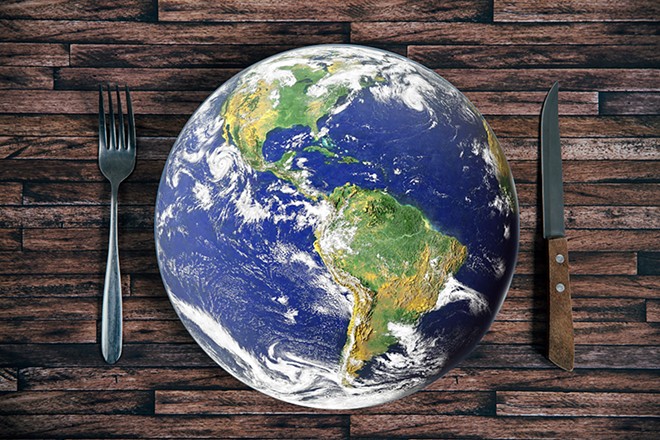 So, are we all OK with Joe Manchin now? OK, probably not. But I can’t be the only one thinking it after he finally took action on climate change.

On the one hand he is the principal reason that we don’t have paid family leave, universal childcare, and child tax credits. On the other hand, if this deal holds, he appears to be a key reason why we might actually get some real climate legislation. (Editor’s note: After this column was filed, the Senate passed the Inflation Reduction Act of 2022 on Sunday, 51-50, with Vice President Kamala Harris casting the tiebreaker vote and delivering a victory for Democrats.)

To be sure, it doesn’t go far enough — like not even close to far enough. But it’s estimated that it would bring emissions down about 40% by 2030. Though that’s 10% less than Biden’s commitment — which itself is about 50% less than what we actually need — it’s an important step in the right direction.

The bill is all carrots and a few sticks. But it’s a lot of carrots, $370 billion carrots. Most of that comes in the form of tax subsidies and rebates to spur consumer investment in improving energy efficiency, installing solar panels, heat pumps, and wind turbines, and purchasing electric vehicles. It also includes incentives for businesses to manufacture clean technologies, as well as a critical investment in environmental justice to address the disproportionate impacts of pollution and climate change on folks in marginalized communities.

But here’s the key point. Fossil fuel apologists have often tried to frame climate policy as an effete consideration for the well-to-do, coming at the cost of action on “kitchen table” issues in “real America” like creating jobs or lowering the cost of household costs. This moment should teach us something about how profoundly flawed that perspective is.

Americans are feeling the pain of inflation. So much of that pain is concentrated in the costs Americans have to pay for gasoline, electricity, and heating fuel. Energy costs are up a staggering 41.6% since last year, the highest single increase by sector and leading America’s overall inflation.

That’s exactly what this bill targets. This isn’t Teslas and paper straws, it’s fewer trips to the pump and better windows in your home. It’s better air for your kids to breathe and cleaner water to drink. It’s good jobs making stuff that’s actually good for Americans.

Americans are feeling the pain of inflation. So much of that pain is concentrated in the costs Americans have to pay for gasoline, electricity, and heating fuel.

This matters because Republicans are attacking it. After all, they are furious that they’d been duped. The details are murky, but new reporting suggests that Manchin and Senate Majority Leader Schumer may have pulled a McConnell… on McConnell. The Senate Minority Leader had been holding the CHIPS Act — to support building semiconductors here at home — hostage. (While I have issues with paying huge corporations more money to do something they never should have stopped doing in the first place, the fundamental premise that we need to reshore our critical supply chains is correct.) McConnell wanted to make sure that there would be no reconciliation deal before he’d let CHIPS pass through. But after Manchin pulled out of the climate and corporate tax deal a few weeks back, McConnell let CHIPS pass — only to be surprised by the resurgence of the Inflation Reduction Act.

Now they’re saying that this bill is out of step with the main issue that Americans want action on: inflation. Except for it’s one of the single most important things a Democratic Congress and the president could have done. It addresses the absurd energy costs spiraling out of control on Americans, and it taxes major corporations more fairly, which removes money from the economy in a more progressive way that doesn’t lock people out of homeownership or send car loans through the roof.

Originally published Aug. 4 in The Incision. Get more at abdulelsayed.substack.com.