Child care costs as much as college for some Michigan families 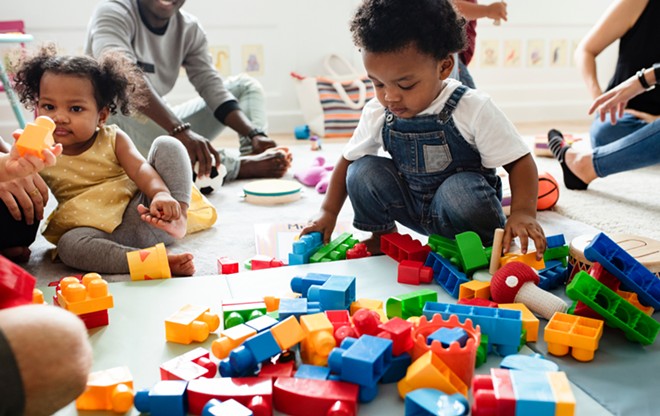 Affordable child care is a crucial support for working parents, rivaling the cost of college or housing for some Michiganders.

Research from the Michigan League for Public Policy showed the price for an infant at a child-care center is nearly 20% of income for Michiganders at the state's median income level of about $57,000 dollars.

"Just the eligibility remaining too low leaves a lot of families out," James explained. "And having to make really tough decisions about economic opportunities, educational opportunities, a lot of sacrifices being made just because child care is so expensive."

The national median eligibility is about 180% of the poverty level; Michigan's is 150%.

The report, with county-level fact sheets, was created as part of the new Think Babies Michigan Collaborative, which is working to make Michigan a top state in which to have a baby and raise a child.

James added another challenge is some Michigan families live in child-care deserts, where there is a lack of supply of licensed child-care providers.

"Providers tend to concentrate in areas with higher median incomes and housing values," James pointed out. "So communities with lower incomes; rural communities, communities that have been racially segregated and cut off from resources, those are the families really most affected by this lack of child care."

Child-care workers also face financial challenges. James noted roughly half of them are eligible for some sort of public assistance and few have health care, paid sick leave or other benefits.

Gov. Gretchen Whitmer's 2022 budget proposal includes a temporary increase of the child-care subsidy eligibility to 200% of poverty, and an increase in rates paid by the state to child-care providers.