A Bloomfield Hills church has been called on to cancel a two-day anti-Muslim event planned for the 18th anniversary of the Sept. 11th attacks. The event, which was planned by Detroit Coalition for Freedom and will be held at Bloomfield Hills Baptist Church on Wednesday and Thursday, is titled “9/11 Forgotten? Is Michigan Surrendering to Islam?” 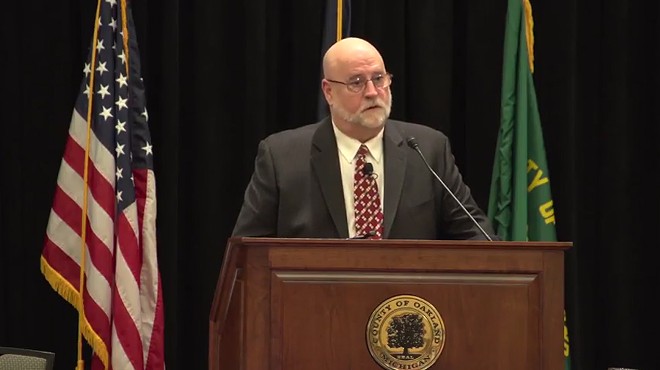 The speakers for the event are Shahram Hadian, pastor and founder of the Truth in Love Project Ministry, and Jim Simpson, a journalist associated with the Heartland Institute, a conservative and libertarian think tank.

Hadian, who immigrated to the United States from Iran as a child, converted to Christianity from Islam in 1999. According to his website, Hadian’s ministry aims to discuss a variety of topics, including “Sanctity of life and marriage,” “Protecting our 2nd amendment,” and “Standing with the nation of Israel.” His presentation for the event is titled “How the Interfaith Movement is Sabotaging America and the Church.”

Simpson, whose work has appeared in conservative publications such as Breitbart and American Thinker, is also a former examiner for the White House Office of Management and Budget. His presentation is titled “How Islam is Destroying America from Within.”

Pastor Donald McKay of Bloomfield Hills Baptist Church told Fox 2 he is proud to call himself an Islamophobe. “We believe that Muslims, committed Muslims, that are familiar with their faith are committed really to the overthrow of the United States and to world domination," he explained.

“Our communities should be outraged by these scheduled toxic and bigoted events,” they wrote. “With the rise of mass shootings by white domestic terrorists targeting those they deem ‘other’ we are deeply disturbed that a place of worship would host an event that continues to fan the flames of hate and intolerance.”

U.S. Reps. Debbie Dingell, D-Dearborn, and Andy Levin, D-Bloomfield Township, also released a statement asking the church to cancel the event, writing “We implore the Bloomfield Baptist Church to forgo the anti-Muslim events planned for next week and instead recognize America’s rich cultural and religious diversity as we reflect on one of the most painful days in our country’s history and heal from recent acts of white supremacist violence.”

Dawud Walid, executive director of the Michigan chapter of the Council on American-Islamic Relations, criticized the blatant anti-Muslim sentiment of the event in an interview with the Free Press. He called it “incredibly irresponsible” for the church to host speakers holding Islamophobic views.

Despite the controversy, the church has no plans to cancel the event.