At COP27, why aren’t they talking about the biggest thing we can do to curb climate change? Climate change is real, and those who deny it are blind, ignoring disasters unfolding in plain sight: the droughts, the floods, the melting glaciers. It’s easy to mock their lack of concern as laughable ignorance or intentional deception.

But what about those who refuse to acknowledge solutions to our climate emergency? That includes the vast majority world leaders, journalists, and so-called climate experts they rely on to describe the emergency and recommend actions.

In his opening remarks at COP27, the annual UN climate conference in Egypt, Secretary-General António Guterres framed the issue as an urgent struggle for human survival: “We are in the fight of our lives, and we are losing,” he said, warning that the world was “on a highway to climate hell with our foot on the accelerator.” His plan to avoid hell: phase out coal by 2040. Really? That’s it?

No news reports from the conference mentioned that a major cause of harmful emissions is the methane and nitrogen oxide produced by the 80 or 90 billion animals raised on factory farms.

What did they have for dinner at the gathering in Egypt?

We don’t know, because who would bother to report that? You see, the key solution that anyone anywhere could do starting immediately is apparently not worth mentioning even when the struggle is for human survival. We can’t take our foot off the accelerator on the road to hell every time we spot a roadside hamburger joint!

Why is this essential solution — just stop eating all those animals — almost always unacknowledged?

Do that many people simply like the taste of dead animals that much?

This part of the solution is no secret. In 2006, a UN panel concluded that animal agriculture accounts for more emissions than all forms of transportation combined. Since that report, billions more animals have been turned into people food, with that destructive industry heavily subsidized by the U.S. and other governments.

Given those inconvenient truths, it’s hard to take the earnest speeches at COP27 seriously.

Wayne Hsuing, a leader of the animal rights group Direct Action Everywhere, was acquitted last month in Utah of charges related to rescuing two sick piglets from a Smithfield Foods factory farm. He’s no denier — his group engages in a form of civil disobedience — but he blogged last week that the best way to pitch his story was to find an angle that doesn’t make the average reader of a newspaper feel bad: “Instead of talking about how bad consumers are, for eating pork, we shifted our pitch to focus on systemic corruption and abuse of power.”

Certainly the industry’s deplorable practices should be widely exposed. But if you deny the facts because you like pork — or beef, or chicken, or milk — perhaps we might have to risk hurting your feelings, given what’s at stake.

I recently learned that vegans in Australia and New Zealand have been putting warning stickers on packaged meat in grocery stores. I like that approach. The whole truth about how lethal animal products are should be staring consumers in the face. We can’t keep ignoring the uncomfortable solutions to the climate emergency — the survival of our children and grandchildren requires it.

Michael Betzold is a longtime Metro Times contributor. He is the author of The Green New Meal: What You Eat Impacts Us All, which is available now. 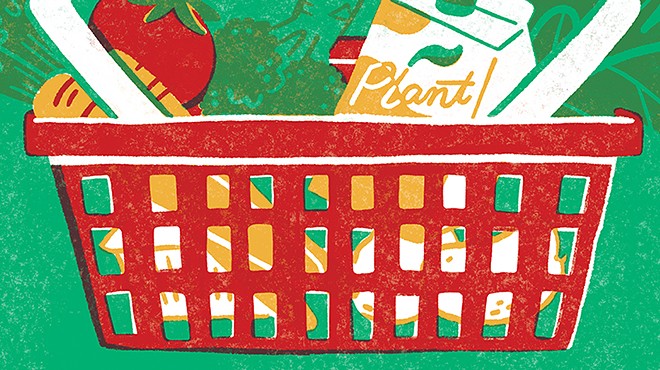 The Green New Meal: How what you eat today can save our children