Aretha Franklin reported to be 'gravely ill,' asking for prayers 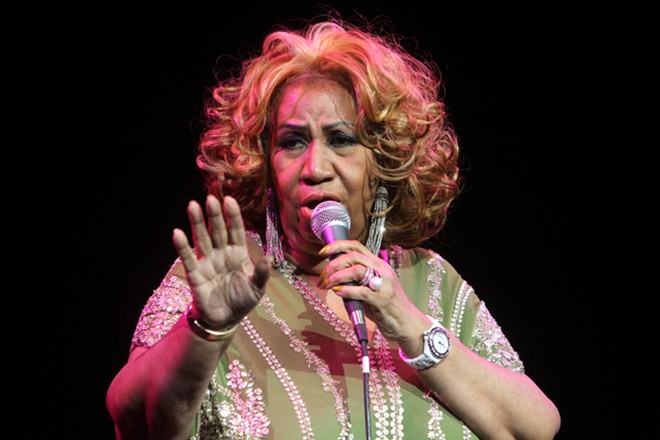 One of Detroit's most prolific soul songstresses, Aretha Franklin, is reported to be "gravely ill."

As reported by WDIV-TV news anchor Evrod Cassimy, the 76-year-old singer is said to be in failing health and "is asking for your prayers at this time." At the request of Franklin's family, the specifics regarding the status of her health have not yet been disclosed.


The Queen of Soul last performed in Detroit in June of 2017 during Detroit Music Weekend. The performance was accompanied by a special street naming ceremony which rechristened a stretch of Madison Street as Aretha Franklin Way, an act that reportedly moved Franklin to tears.