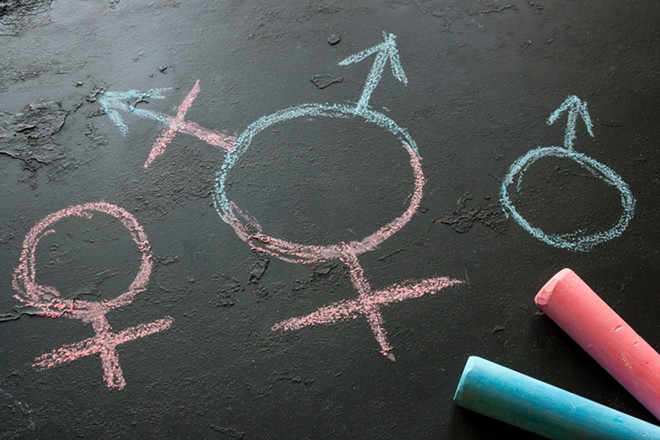 A Michigan mother lost custody of all of her children after encouraging her middle child's gender exploration, resulting in a yearslong case in the courts.

According to a new feature story in New York Magazine, someone in the rural community of Clare, Michigan (population 30,000) made an anonymous report to Child Protective Services in 2014, after Katee Churchill allowed her then-3-year-old son to start wearing girl's clothes and using a girl's name. The complaint alleged that Churchill had, among other things, "pushed her son against his will to identify as transgender."

As a result, Churchill lost custody of her three children to their fathers, one of which, Chris Churchill, she alleged was abusive and suffered from PTSD after returning from an Army tour in Iraq. In 2012, Churchill obtained a restraining order against him after a violent argument.

Churchill's son identified as both male and female, and alternated between using boy's and girl's names. A therapist assigned to the case acknowledged that children sometimes experiment with cross-gender behavior but often end up identifying with their assigned sex. For a psychologist to identify a child as transgender, they typically look for "persistent, insistent, and consistent" identity as a gender different from the one they were assigned at birth.

But under Chris, Katee's son told a psychologist that he felt he could not wear girl's clothes while at Chris's house. Her son, now 11, identifies as male, and told New York Magazine that he now has anxiety about thinking about gender.

In April 2015, a judge ruled that Katee did not abuse or neglect her children. But after Katee's three children were returned to her, a second case was brought against her in 2016, in which she was accused of being an "LGBT activist" using her child to get attention. In February 2017, the jury found that Katee abused her children and she was denied regular contact with her two youngest sons for two years. In 2018, Chris accused Katee of "kidnapping" her children on a custody visit and Katee spent three months in jail.

In 2019, after Attorney General Dana Nessel, a supporter of LGBT rights, was elected, the case was dropped. But Katee remains on the state's registry for child abuse and neglect, and still does not have primary custody of her children.