3 men convicted in plot to kidnap Gov. Whitmer sentenced up to 20 years in prison

The defendants’ ‘ultimate goals were to kill police and elected officials and kidnap the Governor of Michigan,’ AG Nessel said 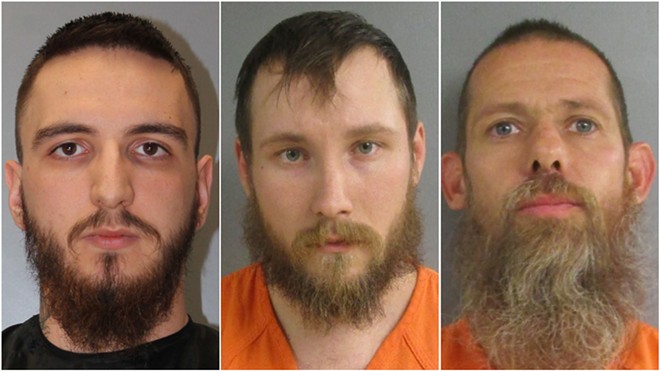 Three men were sentenced to serve up to 20 years in prison on Thursday for their role in the plot to kidnap Gov. Gretchen Whitmer.

Paul Bellar, Joseph Morrison, and Pete Musico, who were members of Wolverine Watchman militia, were found guilty by a jury in October of providing material support for a terrorist act and gang membership.

They were accused of helping Adam Fox and Barry Croft, the ringleaders who were convicted in federal court of kidnapping conspiracy and conspiracy to use a weapon of mass destruction.

Bellar was sentenced to seven to 20 years behind bars, while Morrison received a 10- to 20-year sentence, and Musico got 12 to 20 years in prison.

They each faced a maximum of 20 years in prison.

The three men were charged under Michigan’s Anti-Terrorism Act.

“The defendants’ ultimate goals were to kill police and elected officials and kidnap the Governor of Michigan,” Attorney General Dana Nessel said in a statement. “These extraordinarily violent ends, coupled with the unequivocal conviction from the jury, demand the maximum sentence. Appropriate consequences for illegal acts are necessary to deter criminal behavior. Law enforcement officers that put their lives on the line to protect our residents and communities, and those elected as part of our representative government, deserve to know those who threaten their safety will face the full penalty of the law.”

In April, co-defendants in the federal case, Daniel Harris and Brandon Caserta, were acquitted on kidnapping-related charges. Two others, Ty Garbin and Kaleb Franks, pleaded guilty and testified against Fox and Croft as part of a plea agreement.