18 fun things to do in metro Detroit this week

Send a News Tip
Wednesday, 2/22
Garage Talk: The Other F Word
@ TechTown Detroit
What is the other “F word?” For entrepreneurs, it’s failure — and it should not be feared. The full name of this panel discussion is “How Successful Entrepreneurs Put Failure to Work,” which will include insights from local luminaries like Eric Thomas of storytellers Saga, Billy J Strawter Jr. of marketing agency Milo Digital Detroit, Amanda Brewington of Grandmont Rosedale coffee shop Always Brewing Detroit, and David Mancini of Supino Pizzeria. Pizza and beer will be provided.
Doors open at 5:30 p.m.; panel discussion begins at 6 p.m.; 440 Burroughs St., Detroit; 313-879-5250; techtowndetroit.org; free.

Khalilah Burt Gaston. Courtesy photo.
Thursday, 2/23
Parlor Talk: Khalilah Burt Gaston
@ Urban Consulate
In what has become an increasing popular series put on by the Detroit chapter of the Urban Consulate, Khalilah Burt Gaston, W.K. Kellogg Foundation program officer, will discuss her work in early childhood development in Detroit and her initiatives to increase health, education, and economic outcomes. According to series organizers, there has been overflow at most events, so while they are free, you’re encouraged to register in advance via Facebook or Eventbrite.
Starts at 6 p.m.; 4470 Second Ave., Detroit; urbanconsulate.com/detroit; free.

Vanessa Carlton at the Ark. Photo by Jesse DeFlorio.
Thursday, 2/23
Vanessa Carlton
@ The Ark
Don’t lie — you’d walk a thousand miles to see Vanessa Carlton live. The former 2000s teen staple and pretty great pianist returns to Detroit. Every woman who went through her awkward teenage years in a certain span of time had Carlton’s Be Not Nobody, and certainly sang along to hits like “Ordinary Day,” “A Thousand Miles,” “Wanted,” and “White Houses” into their glittery Conair hairbrushes. If you somehow skated through the early years of the new millennium without encountering her, she’s heavy on the piano sound.
Doors open at 7:30 p.m.; 316 S. Main St., Ann Arbor; theark.org; Tickets are $30-$37.

Shwayze at Magic Bag. Courtesy photo.
Thursday, 2/23
Shwayze
@ The Magic Bag
You might remember Shwayze from MTV’s mid-2000s flop reality TV show (but really, how many of MTV’s mid-2000s reality shows weren’t flops?) Buzzin. Odds are that you’re more familiar with his 2011 album, Island in the Sun, which earned its fair share of praise and featured Kendrick Lamar. Before that, Snoop Dogg took interest in him, working with him on some of his first post-Buzzin’ tracks. At 31 years old, he’s still an up-and-comer in the rap world. His sound is still very “Buzzin’” and “Corona and Lime,” both of which hit it pretty big on the Billboard top 20 back in 2008.
Doors open at 8 p.m.; 22920 Woodward Ave., Ferndale; themagicbag.com; Tickets are $15 in advance.

Fri-Sat, 2/24-2/25
The Great Lakes Comic-Con
@ Macomb Community College Sports and Expo Center
For years now, cosplay-mania has swept comic book fandom. It’s fine and dandy — but a case could be made that the spectacle is eclipsing the thing we’re all supposed to be uniting around: the love of comic books. Unlike other comic book conventions, the Great Lakes Comic-Con puts the focus on comic books and toys. Special guests include Nicholas Hammond (Spider-Man, 1977-1979), WWE Hall of Fame inductee Jake “the Snake” Roberts, former Marvel Comics Editor-in-Chief Jim Shooter, and more.
Runs Friday 5 p.m. to 9 p.m. and Saturday 10 a.m. to 6 p.m.; 14500 E. 12 Mile Rd., Warren; greatlakescomiccon.org; tickets are $15 for a two-day pass.

Autorama at Cobo. Courtesy photo.
Fri-Sun, 2/24-2/26
Autorama
@ Cobo Center
Touting itself as Detroit’s “Real Car Show” (no idea what they’re referencing there), Autorama is set to take over Cobo Center once again with hot rods, customs, and the pin-up girl-inspired Miss Autorama contest. They’ll showcase over 800 vehicles, plus they’re bringing back some famous coups — namely the Batmobile, the Zingers, and the Firetruck, among others. Additionally, the car show will serve as a Dukes of Hazzard reunion with a special stunt show featuring the General Lee at 11:45 a.m. on Friday. Catherne Back and Tom Wopat are also scheduled to meet with fans and sign autographs Friday and Saturday from 1 to 5 p.m. and the show’s famous vehicles will be featured too.
Runs Friday noon to 10 p.m., Saturday 9 a.m. to 10 p.m., and Sunday 10 a.m. to 7 p.m.; 1 Washington Blvd., Detroit; 248-373-1700; autorama.com; tickets are $20 for adults, $7 for kids 6 to 12, free for kids five and younger.

Saturday, 2/25
Musiq Soulchild
@ Fox Theatre
To paraphrase Will Smith, Philadelphia always stays one jiggy city. Musiq Soulchild is one unique act, blending gospel, jazz, and reggae with the common thread of hip-hop to create something totally original. Reportedly getting his name from people calling him “that music dude” all of the time, Musiq Soulchild outdid himself with 2016’s Life on Earth, which truly showcased his musical prowess. You might know him from the ads he’s been featured in for McDonald’s, Levi’s, Nike, Coca-Cola, and more.
Doors open at 8 p.m.; 2211 Woodward Ave., Detroit; olympiaentertainment.com; Tickets are $56.50 - $102.50. 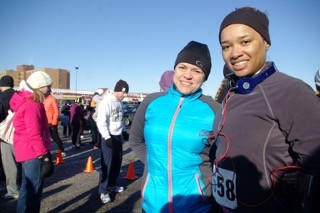 Paczki Run in Hamtramck. Courtesy photo.
Saturday, 2/25
Paczki Run
@ Hamtramck
Perhaps the only thing better than the satisfaction of completing a 5k? Chasing it with a paczek and a cold one. As always, everyone who finishes the race gets a paczek and a beer. (Hey, you earned it.) Furthermore, select local businesses will offer a “bib discount” for participants. Proceeds go toward renovating Hamtramck parks and the Hamtramck Downtown Development Authority. Last year, some 3,000 runners participated.
Run begins at 10 a.m.; corner of Joseph Campau Avenue and Hanley Street; tour-de-troit.org; registration is $40 in advance and $45 on the day of the run. 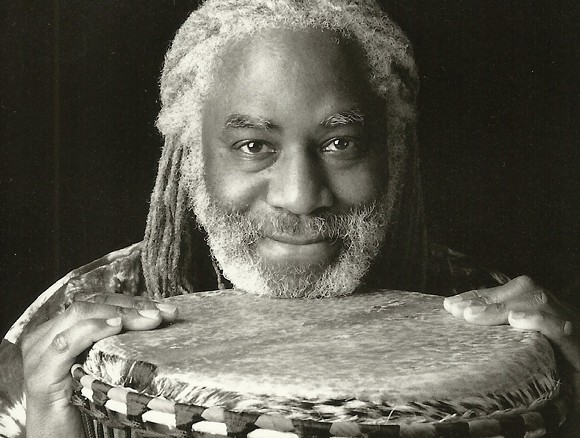 La'Ron Williams at the DIA. Courtesy photo.
Saturday, 2/25
Storytelling: La’Ron Williams
@ Detroit Institute of Arts
Join La’Ron Williams, an award-winning and nationally acclaimed storyteller, for an exploration of traditional African and African-American folktales during this free event at the DIA. Williams’ energetic presentations are laced with music and integrate audience participation, education, and entertainment for a program that promotes diversity and fosters community building.
Starts at 2 p.m.; 5200 Woodward Ave., Detroit; 313.833.7900; dia.org; free.

Saturday, 2/25
Design in Comics talk with Aya Krisht
@ Arab American National Museum
Explore an international intersection of comic book creators through this free seminar led by Aya Krisht. Attendees will learn how design elements can be used to convey mood and meaning — and how they created a graphic language that’s integral to unique and successful series. Krisht is the Arab American National Museum’s graphic designer, but she has a “strong interest in comics and the relationship between comics and design.” In fact, she wrote her thesis on the subject. A follow-up workshop on March 4 will feature Palestinian graphic designer Leila Abdelrazaq, which will include a zine-making workshop.
Starts at 2:30 p.m.; 13624 Michigan Avenue, Dearborn; arabamericanmuseum.org; 313-582-2266 free with RSVP.

Saturday, 2/25
Yes Wait No and more
@ Trixie’s
Yes Wait No is your favorite ’90s sounding pop-grunge band to come out of Ferndale. They’ve been at it for quite some time, but they just released their first album in four years in 2016, which is available on bandcamp. This show is going to be awesome, because in addition to Yes Wait No, there will also be the Jon Fret Band and Ripshark. Ripshark is pretty sweet for a slacker rock band. If you’re into Pavement, you’re definitely going to enjoy seeing them live. All in all, this show is slated to be pretty cool for people who are into reliving the 1990s.
Doors open at 9 p.m.; 2656 Carpenter St., Hamtramck; facebook.com/trixiesbar; Tickets are $5.

Monday, 2/27
Chefs Compete
@ The Conserva
Looking for a reason to hit Matthew Baldridge’s new Ferndale eatery? If you can’t justify eating a meal at the small plates restaurant, consider visiting Monday evening when Supino’s Dave Mancini and Ottava Via’s Ariel Millan will go head-to-head to find out who can concoct the greatest hot dog. The audience will decide the winner, so we’re guessing everyone will get a bite of these creatively created dogs. The winner will donate their own money to their favorite charity. Also, there will be drink specials.
Starts at 6 p.m.; 201 E. Nine Mile Rd., Ferndale; 248-291-6133; theconserva.com.

Tuesday, 2/28
Chief Keef
@ The Majestic Theatre
Chief Keef only just became able to legally purchase alcohol in August when he turned 21, but he’s already the CEO of his own record label (Glory Boyz Entertainment) and a pretty successful rapper. From the South Side of Chicago, Chief Keef started making his own mixtapes at age 5 and never stopped. He was featured on Kanye West’s Yeezus, and he himself has put out 17 mixtapes and two studio albums.
Doors open at 8 p.m.; 4140 Woodward Ave., Detroit; majesticdetroit.com; Tickets are $22 in advance and $30 the
day of.

GZA @ El Club.
Wednesday, 3/1
GZA
@ El Club
GZA, cousin of RZA and the spirit behind the exalted Wu Tang Clan, has of course left an impact on rap music that only a choice few have matched. Born Gary Grice, he had two passions in his childhood: nursery rhymes and science. He took off with the nursery rhymes and developed his love for them into some not-quite Mother Goose-appropriate rap skills. He joined on as a founding member of Wu Tang Clan, where he helped craft and guide the group, and went on to have an illustrious solo career. As a side project, began giving lectures at Harvard, MIT, Oxford, and more. He also launched Science Genius B.A.T.T.L.E.S. (Bringing Attention to Transforming, Teaching, and Learning Science), which helps New York public high school students learn science through hip-hop and rap. He’s led an interesting life, and he hasn’t forsaken his music career. His latest album, Dark Matter, will drop this year and is slated to be just as awesome as the rest of his catalog.
Doors open at at 8 p.m.; 4114 W. Vernor Hwy., Detroit; elclubdetroit.com; Tickets are $25.

Pill at UFO Factory. Photo by Peter Senzamici.
Wednesday, 3/1
Pill
@ UFO Factory
Based out of Brooklyn, New York, Pill is one of the coolest no-wave bands to come out in a while. Their tracks are all very low-fi and heavy. “Psychic Nipple” is arguably their magnum opus, featuring Kathleen Hanna-esque vocals from lead singer Veronica Torres. Their first album Convenience, met critical praise from Stereogum, and rightly so. They’re definitely very New York, but their commentary on politics and just about everything else is to die for, since it’s packaged in pretty awesome, dark music.
Doors open 9 p.m.; 2110 Trumbull St., Detroit; ufofactory.com; Tickets are $8.

One Woman Sex in the City at City Theatre. Courtesy photo.
Wednesday, 3/1
One Woman Sex in the City
@ City Theatre
My favorite scene from HBO’s seminal series Sex in the City has to have been when Miranda must pour dish soap over the pan of brownies she’s already thrown in the trash because she cannot stop eating them. I find it very relatable. I reference it often. My point is, women around the world find their own reality mirrored in the iconic show. Kerry Ipema gets that, which is why she crafted a one-woman show to take audiences on a journey through all six (was there really only six?) seasons.
Starts at 7:30 p.m.; 2301 Woodward Ave., Detroit; olympiaentertainment.com; 313-471-3465; tickets are $28.50 and $38.50.