Somebody lost this game...

It had been 798 days before the Monday Night Football crew had graced Ford Field with their presence. And the last time — the Lions handled the Chicago Bears 24-13, en route to a 10-6 record and their first playoff appearance in

well, in that long.

And Detroit’s playoff situation prior to Monday’s night game was a tad-bit precarious. A win would keep them tied for the division lead with the Bears; a loss would put them in a sticky situation at best.

So naturally, as the “Lions do the Lions,” they lost. Not only did they hurt their own playoffs chances by losing, but by throwing the game away (actually since Stafford threw three picks), they hurt the Cincinnati Bengals cause. Instead of remaining tied with the Bears, who had a dramatic victory of their own on Sunday, the Lions now fall behind in the division. Going from “holding your own fate” to “praying someone screws up,” isn’t ideal. I guess the pressure is now off the Lions — but only because they choked when it mattered.

What’s funny is the Reggie Bush-scenario. A week ago, the Lions, clearly missing the presence of Bush, lost an important game for their playoffs hopes. And the return of Bush on this cold Monday night (though it wasn’t that inside the toasty confines of Ford Field) wasn’t exactly what the doctor ordered for these ailing Lions. Bush finished with 101 total yards of offense and a touchdown; which is about all he could do to help these feeble Lions.

What turned out to be the downfall of the Lions was Matt Stafford — formerly known as the savior. His three interceptions proved to be awkwardly untimely, and without them, the game would’ve been completely different.

Blame Schwartz. Blame Stafford. Blame Calvin Johnson and his drops. Blame the system. At this point, feel free to point the finger at the elevator man fergodsakes. Who isn’t to blame?

But really, just blame the “same old Lions.” They’ve done this for decades, and they’re the ones who shockingly tricked Lions fans to think the playoffs were a reality.. 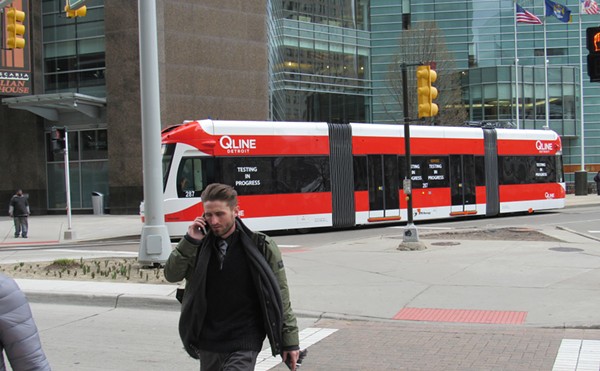