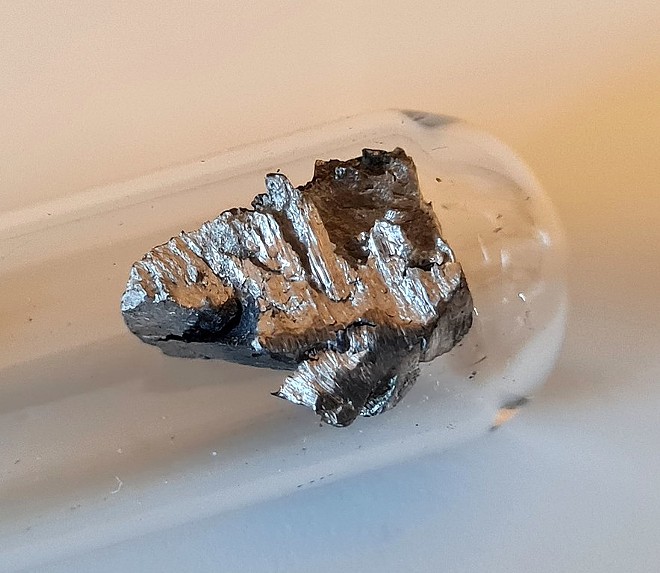 Michigan researchers have received a $3.1 million grant to study potential new sources of rare earth metals and how to process them.

Rare earth metals are a set of 17 elements found in the earth's crust, and a key component of many high-tech processes from military technology to electronic devices, batteries for electric cars and magnets in wind turbines. The U.S. relies on China for 80% of our rare earth metals, and the prices have spiked over the last year.

Matthew Allen, chair and professor of chemistry in the College of Liberal Arts and Sciences at Wayne State University and one of the lead researchers for the project, noted it is part of the reason having a consistent supply in the U.S. is critical.

"I'm holding an iPhone right now talking to you. And that iPhone has, like, 200 grams of rare earth elements in it that do a lot of the high-tech processes in there," Allen explained. "These things are just ubiquitous in modern society."

The research team plans to seek out different sources of these metals in the U.S., from ores that can be mined to waste streams from which rare earth metals can be removed, such as coal ash. They also hope to update the processes to be more environmentally sustainable.

Dr. Timothy Dittrich, assistant professor of civil and environmental engineering in the College of Engineering at Wayne State and another lead researcher, noted part of the reason the U.S. does not produce as much rare earth metals as do countries such as China is the environmental footprint of recovering them.

He pointed out another goal of the project is to build sustainable ways to do so, by reducing use of solvents, acids and hazardous chemical use, as well as the waste products.

"After we recover the rare earth elements, instead of just putting them in a hazardous-waste landfill, we're also looking at ways to use those for building materials and other uses so that we don't have these other problems that we're creating as we're recovering rare earth elements," Dittrich outlined.

Dittrich added the current reliance on China puts limits on car manufacturers' abilities to commit to electrifying, if they do not have a consistent supply of rare earth metals. The Wayne State professors are partnering with a researcher from the University of California-Los Angeles and the U.S. Army Engineer Research and Development Center.

Originally published November 9, 2021 on Michigan News Connection. It is shared here with permission.