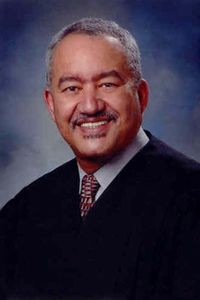 The 73-year-old told The Detroit News he is running for the District 4 seat held by Councilman Andre Spivey, who plans to run for an at-large council seat in the August primary election. The district borders Harper Woods and the Grosse Pointes and includes East English Village on the city’s east side.

Gov. Jennifer Granholm appointed Smith to the Wayne County Circuit Court in 2004, and he became the chief judge of the 3rd Circuit in 2009.

“I think the city could use my experience and history,” Smith told The News. “I spent 24 years in the Legislature. I know how to behave in the legislative process. I know how to, hopefully, bring my colleagues or future colleagues — if the voters choose me — to make it as an effective legislative body as we can get.”

Smith’s son, Virgil K. Smith, served in the state Senate and was sentenced to nine months in jail in 2016 after he was charged with opening fire on his ex-wife’s Mercedes-Benz with an AR-15 rifle.