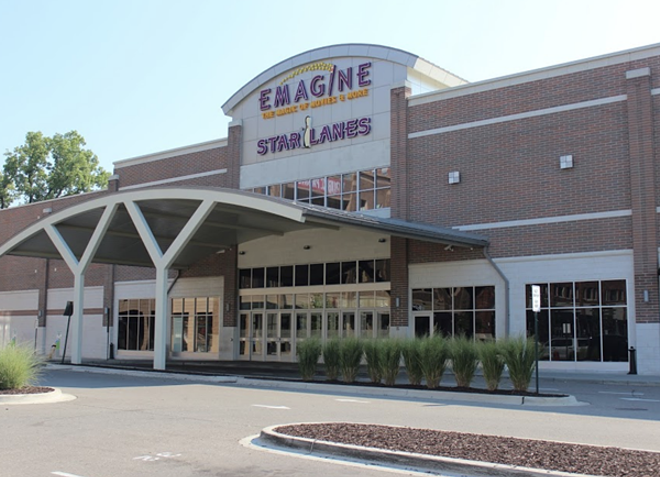 As many schools, administrators, and teachers look for new ways to safely start a school year that has been crippled by a national health crisis, one metro Detroit school is using its imagination — and pocketbook — to offer more options for its students.

Starting Monday, Shrine Catholic High School in Royal Oak will rent 10 or so of Emagine Royal Oak's screening rooms to serve as additional classroom space, The Detroit Free Press reports. The hybrid learning plan, announced Wednesday, will alternate between in-person learning and virtual learning. On virtual learning days, students can work from home or utilize the Emagine classroom set-up. Currently, this option is only being offered to students in grades 7-12 as Shrine's elementary students will be taught entirely in-person.

Posted by The Official Site of Shrine Catholic Schools on Friday, August 21, 2020


“We're just trying to be creative,” Shrine Academy and Shrine High School principal James Mio told The Free Press. “Schools are doing that all over the country. We're trying to provide the safety that all of our students and families so sorely crave and want, but at the same time giving them the hope that good things are happening.”

As part of the school's additional needs for offsite learning, Shrine Catholic's staff are stepping up to help fill new roles like security and teaching assistants, to help students adjust to the technology-heavy curriculum which will require them to rely on their laptops and, on some occasions, movie screens to connect to their classes. As for safety, masks will be mandatory for all students and social distancing will be enforced. Emagine will take care of the WiFi needs, as well as the overnight cleaning of the space and facilities.

According to the parish's marketing and communications director, Shrine Catholic Schools did not seek approval from the state for this alternative classroom arrangement. Save for those in Northern Michigan and the Upper Penninsula, all indoor movie theaters remain closed under Gov. Gretchen Whitmer's executive orders.

Emagine's chairman Paul Glantz has been an outspoken critic of Whitmer's MI Safe Start plan. In July, a federal judge sided with Whitmer and AG Dana Nessel after Glantz suggested the state's order was a violation of his First Amendment rights after an unauthorized Juneteenth film festival he had planned was shut down.

“The hypocrisy of our Governor’s orders is unfathomable in magnitude,” Glantz said in a July press release. “Strip clubs are open, massage parlors are open, and yet there is alleged ‘science and data’ to support the continued closure of movie theaters.”