Whitmer lifts ban on gatherings of 10 people or fewer, eases other restrictions 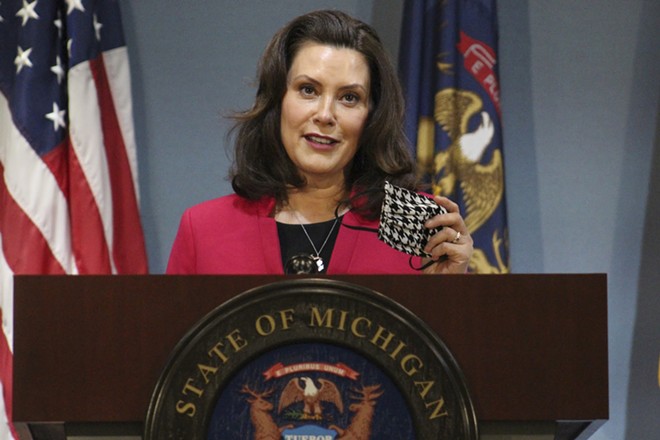 Gov. Gretchen Whitmer on Thursday immediately lifted the ban on gatherings of 10 people or fewer, just in time for Memorial Day weekend.

The easing of more restrictions comes as the number of new coronavirus cases and deaths continues to decline statewide.

“I want to remind everyone to be safe. You can take the boat out, you can have a beer and grill some burgers, or have a water balloon fight with your children,” Whitmer said at a news conference Thursday. “But please remember to stay safe.”

Whitmer also said she plans a “short-term, temporary” expansion of her stay-at-home order, which first went into effect on March 24. Republicans in the state Legislature have claimed that the order is illegal because lawmakers did not approve extending her emergency order that allows her to unilaterally impose restrictions. The conflict will likely be hashed out in court.

Earlier this week, Whitmer announced that bars and restaurants will be allowed to reopen at 50% capacity in the Upper Peninsula and 17 northern counties. On May 7, Whitmer lifted restrictions on the construction and real estate industries, and in late April, the governor began allowing some retailers to reopen for curbside pickup or delivery.

“This virus is still present in Michigan, so when you’re celebrating, do it wisely,” she said. “We can't drop our guard and run the risk of a second wave.”

Whitmer said it may be another two weeks before she lifts additional restrictions.