Michigan is slowly defeating the coronavirus 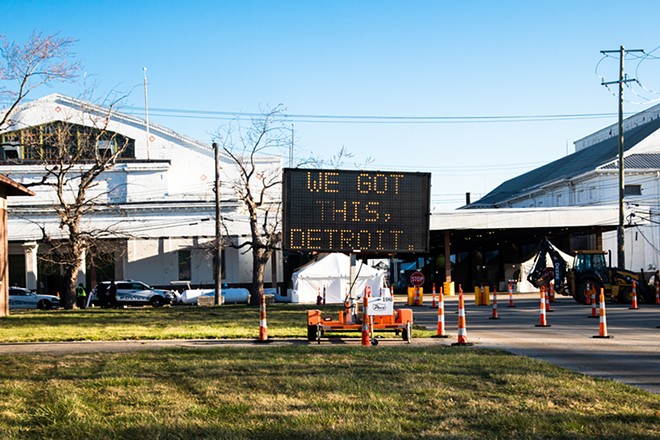 Over the past 24 hours, Michigan recorded 50 deaths from COVID-19, the third lowest figure since March 28. It was the sixth consecutive day with fewer than 100 deaths.

In April, the state averaged 117 fatalities a day.

The previously overwhelmed health care system is experiencing a dramatic decline in demand. In three weeks, the number of COVID-19 patients in a hospital statewide dropped by more than half, from 3,918 to 1,737. During the same period, the number of patients on a ventilator dropped 51%, from 1,212 to 596.

“One of the most important things we can do is increase our testing, and that’s the only way we’re going to be able to really know where this disease is so we can appropriately isolate cases and prevent the spread,” Dr. Joneigh Khaldun, the state’s chief medical officer, said at a news conference Monday.

Another sign of progress is the declining rate of people who are testing positive. In early April, about 40% of the cases were positive. That rate has dropped to 8%.

Gov. Whitmer on Thursday outlined a plan to reopen job sectors in six phases. The state is at Phase 3, which is when the “epidemic is no longer increasing and the health system’s capacity is sufficient for current needs.”

The fourth phase is when cases, hospitalizations, and deaths are “clearly declining.” Whitmer said it may take two weeks to reach the fourth phase.

"The worst thing we can do is open up in a way that causes a second wave of infections and death, puts health care workers at further risk, and wipes out all the progress we've made," Whitmer said.

As metro Detroit’s rate of new cases and deaths is declining, western Michigan is experiencing an outbreak. In Kent and Kalamazoo counties, the number of new cases more than doubled in the past two weeks. Neighboring Ottawa, Berrien and Muskegon counties are seeing similar spikes.

Another problematic area is the state’s prisons, where the number of new cases jumped from 560 to 2,124 in the past three weeks. During the same period, the number of deaths rose from 17 to 50.

Detroit, which was averaging 32 new deaths a day in April, reported seven fatalities in the past day, bringing its total to 1,156. The city now has 9,676 positive cases, up 84 in the past day. In April, the city averaged 224 new cases a day.

Wayne County reported 16 new deaths, bringing its total to 2,012. The county now has more than 17,600 positive cases, up 157 in the past day. In early April, the county was recording an average of 850 new cases a day.

Macomb County reported four new deaths, bringing its total to 682. The county now has nearly 6,000 cases confirmed cases, up 88 in the past day.