A lot on the line for Michigan in new trade deal

Posted By Mary Schuermann Kuhlman, Michigan News Connection on Mon, Oct 7, 2019 at 9:52 AM 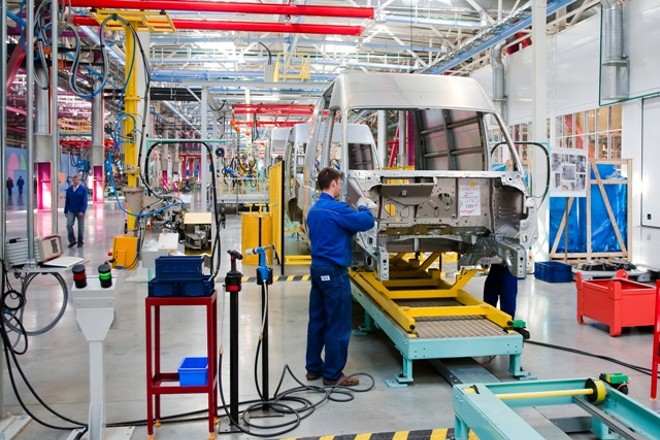 Congressional leaders are still trying to hammer out a new trade agreement with Canada and Mexico, and there's a lot on the line for workers in Michigan. The United States-Mexico-Canada Agreement (USMCA) would replace the 1994 agreement known as the North American Free Trade Agreement (NAFTA). Exports within North America account for some 180,000 Michigan jobs, and Michigan is second in the U.S. for trade with its neighbors. Ford Motor Company's President of Automotive Joe Hinrichs explained the trade deal is especially crucial for the auto industry, which depends on the free flow of trade between the three countries. "So, for our workforce — where one out of six vehicles produced in the United States are exported outside the U.S. — having a competitive USMCA agreement ratified and certified, so we can plan the business, is very important to our manufacturing footprint and to our employees," said Hinrichs. Ford alone exports 380,000 American-made vehicles each year. It is estimated that the USMCA will result in $34 billion in new investments for the auto industry, and could create 76,000 new automotive jobs over five years. The deal raises the minimum wage and creates and protects manufacturing jobs by offering companies incentives for engineering and production in the United States. And Hinrichs sees that as good news for the roughly 46,000 workers at Ford's 14 manufacturing plants in Michigan. "We support the USMCA because it's good for the U.S. auto industry, our suppliers that fuel our success, and the workers and families that depend on a strong Ford in this country," he said. Hinrichs also believes the agreement will modernize policies to match the ways in which auto manufacturing, supply chains and the workforce have evolved in the 25 years since NAFTA. "Let's get this planned, let's get it approved," he urged, "so we can run our business, plan for the future and continue to invest in America." Mexico has already ratified the agreement. The U.S. Chamber of Commerce is calling on lawmakers to approve the deal by the end of November, with hopes that Canada will ratify it around the same time.