NYT ad calls out lawmakers who have accepted NRA money, including Michigan's 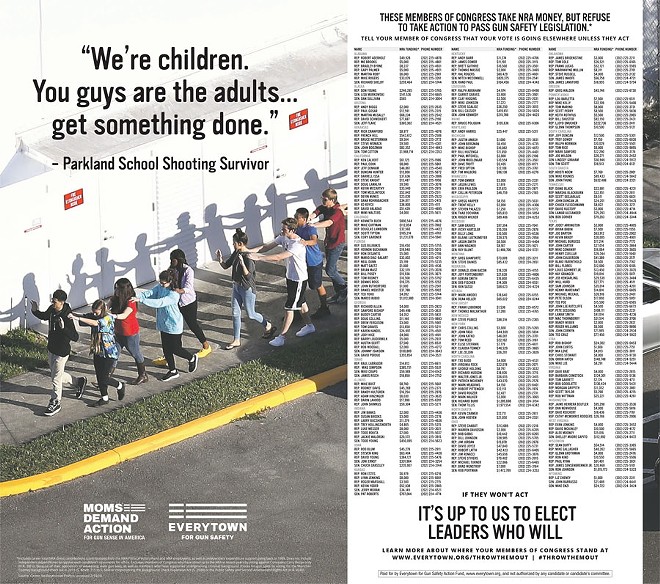 In the wake of the Parkland, Fla., massacre, a stunning two-page ad appeared in Wednesday's edition of The New York Times calling for lawmakers to pass gun safety legislation.

The ad, funded by gun control groups Everytown for Gun Safety and Moms Demand Action for Gun Sense in America, lists members of Congress who have accepted donations from the National Rifle Association. In a breakdown by state, it lists the members of Congress, how much money they have received from the NRA, and their phone numbers (excluding members who have voted to . The spread cost $230,000, according to Adweek.

A headline follows the list: "If they won't act, it's up to us to elect leaders who will," along with a link to a campaign, #ThrowThemOut.

The figures come from the Center for Responsive Politics. Michigan's Congressmen are listed as follows:


You can view the ad in full here.

« The documentary on the French artis…  |  Melvindale student charged after th… »