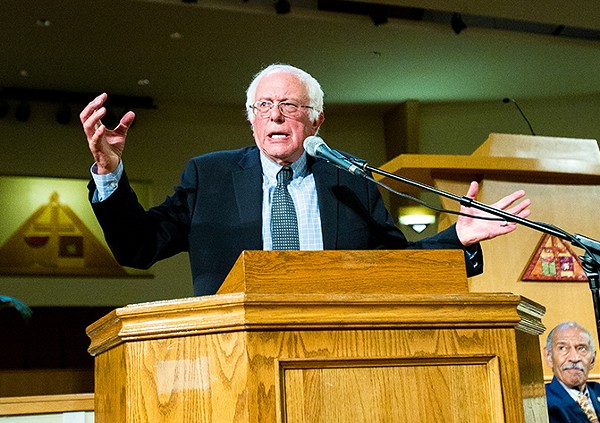 Bernie Sanders, that lovable socialist who famously lost to Hillary Clinton in the 2016 Democratic presidential primary, is coming to Lansing this week to lead a rally against the newly-signed Republican tax plan.

This rally is part of the 100-day Repeal the TrumpTax tour organized by Not One Penny, a progressive campaign that opposes Republican tax reform, which largely provides tax cuts for corporations and the wealthy while upping premium costs and increasing taxes for middle-class families.

The tax bill — which passed through Congress back in December 2017 — has been criticized by democrats for cutting corporate tax by 14 percent and favoring the wealthy as opposed to middle-class citizens.

Sanders has called the bill, "one of the worst pieces of legislation in the modern history of our country."

Sanders will also be making stops in Iowa and Wisconsin as part of the tour. The rally in Lansing will be held on Feb. 25 at 4 p.m. at the Lansing Center.

Miriam Marini is an editorial intern at Metro Times. She is a sophomore at Wayne State University studying journalism and women’s studies.