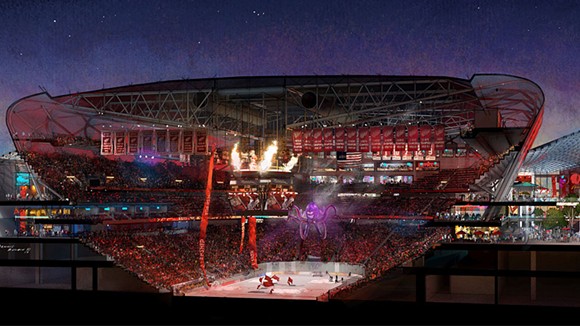 The arena, slated to open for the 2017-18 hockey season, was financed through a $450 million in state-issued bonds in a "daisy chain of borrowing."