Reuters gets it right: "Detroit killings in conflict over eviction highlight housing dilemmas"

Daniels writes that Long is charged with murder in the killings of Howard Franklin and his 37-year-old daughter, Catherine.

The Franklins had purchased the home Long was living in at auction. Under a new anti-squatter Michigan law, land owners can forcibly enter a premise. The Franklins, armed, did, and Long protected what he considered his own home and family by opening fire.

An excerpt from the Reuters piece:

"It's a terrible law," said Ted Phillips, attorney and director of the United Community Housing Coalition. He said it encourages people to take matters into their own hands because there is no mechanism to determine who is legitimately in a house.

But Michigan State Representative Kurt Heise who wrote the new laws said they should have resolved any confusion about a landlord's rights.

"Tenants, or squatters I should say, in many cases are very sophisticated," Heise said. "They have been coached by advocates to raise issues and they ... basically know how to game the system."

Police say they do not feel qualified to distinguish who is a trespasser, a former owner or an informal renter.

"The new law puts everyone in a precarious situation," said Detroit Police Sergeant Michael Woody. "If you were never legally evicted, does that make you a squatter? How do you leave that on a police department to determine?" 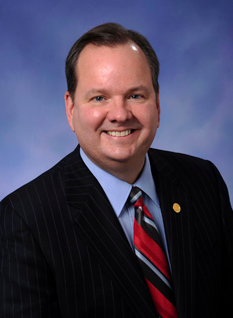