Renowned recording engineer John Agnello -- not to be confused with Mafioso kingpin spawn John Gotti Agnello and currently on "hipster" radars for working with the Hold Steady on their most recent recorded effort -- is back in the studio working with Detroit/Ann Arbor's own Andrew WK on his next full-length release, tentatively titled Young Lord. Agnello, who also worked with AWK on his last effort, Close Calls With Brick Walls (only available in the U.S. via import due to the artist's legal woes), is especially famous for his fine technique with distorted guitars, having worked with such aces in the field as Sonic Youth, Social Distortion, the Drive-By Truckers and Turbonegro, among numerous others. No official release date as of yet, though.

Andrew WK, for his part, just recently got done producing veteran reggae artist Lee "Scratch" Perry's new release, Repentance, which will be in the stores (and officially on the Web) a week from tomorrow, August 19th. AWK was recently back in Michigan, performing a solo show at Lansing's Basement 411 in late July. He also was invited by the Insane Clown Posse to perform at the Faygo-lovin' painted-faced dudes' annual The Gathering of the Juggaloos fest, also held in late July.

Check out the nsfw video for the first single, "Pum Pum," from the Lee "Scratch" Perry album, below. 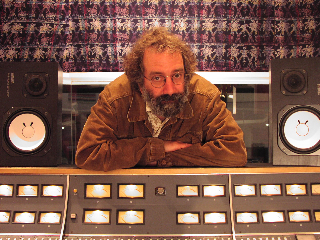