The hip-hop icons are coming to Michigan in September 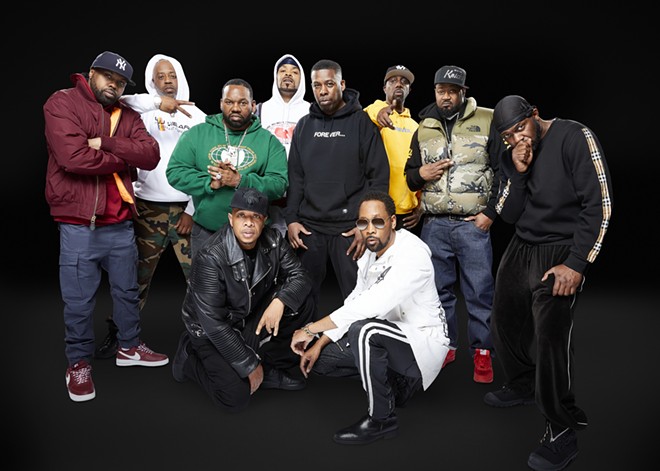 Protect ya neck because Wu-Tang Clan and Nas are coming for it in September. The hip-hop icons announced their co-headlining NY State of Mind Tour on Tuesday, which includes a stop at Pine Knob on Sept. 3.

Tickets go on sale at 10 a.m. on April 26 via 313Presents.com, LiveNation.com, Ticketmaster.com, and the XFINITY Box Office at Little Caesars Arena.

The New York rap scene legends need no introduction, especially if you were around in the '90s when their careers popped off. Wu-Tang Clan’s debut Enter the Wu-Tang (36 Chambers) and Nas’ first album Illmatic both dropped in 1993.

Unlike Nas, they’re gonna need more than one mic for all of their members to get on stage and rap together. Speaking of Nas, the rhyme-master and poet has several platinum albums and even a few double-platinum albums, collabs, and singles.

The 25-city tour will kick off on Aug. 30 at Hollywood Casino Amphitheatre in St. Louis and wrap up on Oct. 4 at the Los Angeles Hollywood Bowl.