Why Werewolf Jones is a quintessential Michigan punk band 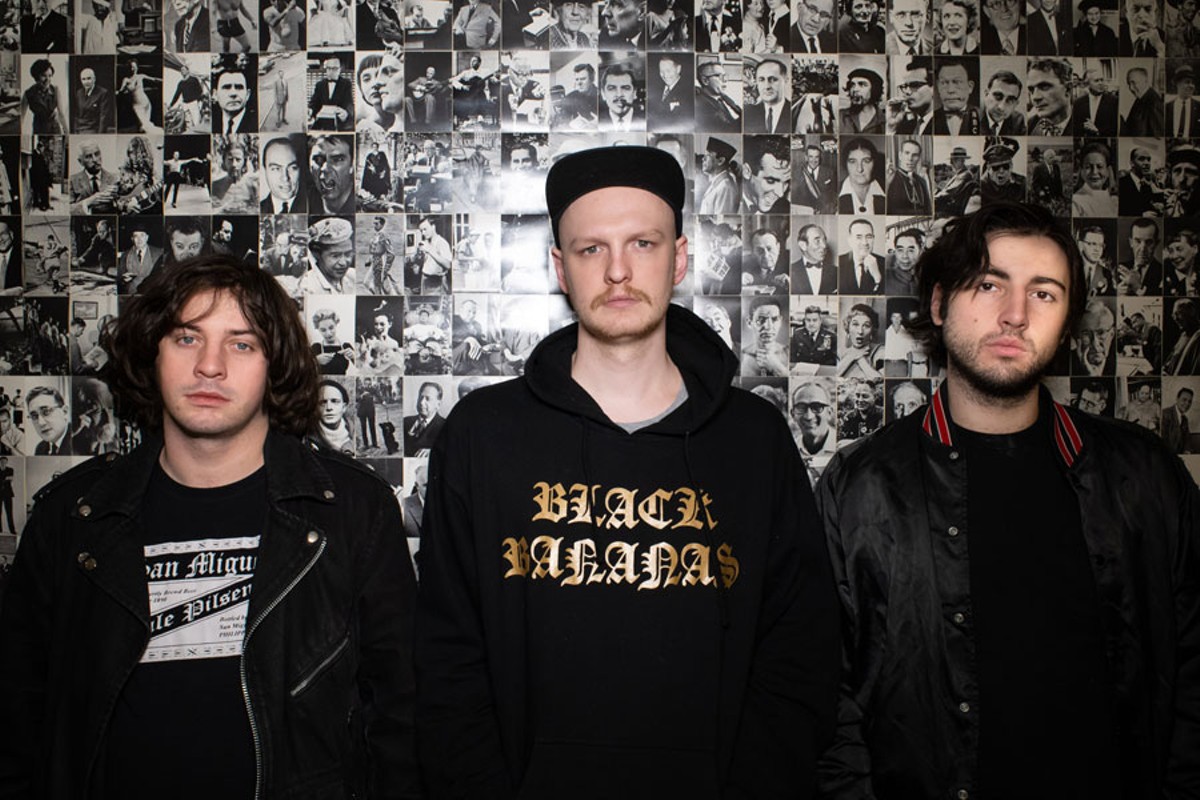 If there is such a thing as Michigan punk, it's Werewolf Jones. Musically, the band falls perfectly in line with the Detroit lineage of punk that starts with the noisy psychedelics of Destroy All Monsters, continues with the hardcore rock of Negative Approach, and meanders into the experimental territory of X! Records, before settling into Werewolf Jones' own loud and fast intensity.

But physically, too — because the band has an Up North, and it also happens to play a role in its sonic existence, and nothing is more Michigan than having an Up North. In Werewolf Jones' case, that Up North is in the Thumb, a plot of land the band amusingly just calls Land. In a pole barn on this they recorded the songs that make up its first proper release, a self-titled cassette that dropped last year on Rare Plant Tapes, a label out of Madison, Wis.

But let's get to the dudes themselves. Werewolf Jones is Adam Hunter on guitar and vocals, Aaron Cohen on bass and vocals, and Heath McManus on drums. The band's first show was in February 2017 and its origins are humble: They all live together, so they decided to start a band.

Werewolf Jones' take on punk is lovingly disjointed and miserably fun, like a noisier Reagan Youth with a tiny hint of the torture that is Black Flag's My War Side B coming through here and there (particularly on the album closer "Pray for Your Sons"). Mainly though, Werewolf Jones is razor-sharp riffs, aggravated bass lines, and -out raspy vocals — music that makes you want to rip your skin off and hide from all your friends.

Hunter hints at this when he talks about what he likes about playing music. "I feel like I can be a person that I can't be in real life," he says. "I like playing live probably more than recording. I like recording, but the reason I like playing music is being on stage. You feel free. You can show this side of yourself that is unacceptable in society."

It's this lack of inhibition that makes Werewolf Jones a consummate live band. When you watch them, it's easy to get swept away by their energy. They're very well-practiced, so the musical interplay is always really tight. Everyone is drenched in sweat. It's a kind of manic savagery that doesn't bring pain, exactly, although it might hurt a little, and that feels fucking wonderful.

Detroit is a good home base for a band with so much energy. "Our house is cheap and big," McManus says. "We can practice here, and that's huge. It's easy to get a job at a bar and take time off [to tour]. It's a good place to start and it's really easy to move around."

One of their most common haunts is Hamtramck's finest dive, Outer Limits Lounge. "We basically live at Outer Limits and all our friends are always there," McManus says. The studio above OLL is also where the band recently finished mixing a ton of new songs, with the goal to get some of them out on a record in 2019. In fact, the band's next show is Jan. 30 at the venue.

Other 2019 plans include a small tour to play a label showcase fest in Madison for Rare Plant, with another tour probably in the works in the spring. They say they'll be laying low for a little while, but they also seem unable to help themselves from moving forward — as if the energy they give off on stage is actually just ever-present, no matter what they're doing.