Why we're thankful for Danny Brown

Cruisin' for a Bruiser Brigade 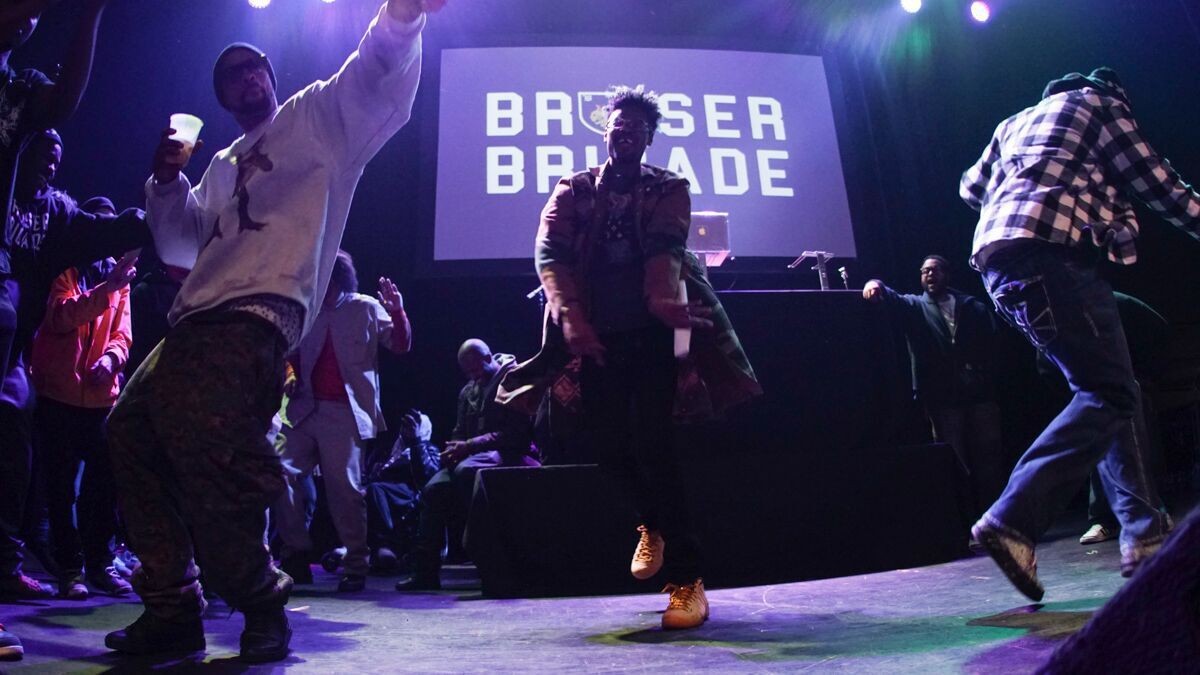 When rapper Danny Brown first started making major waves in 2008, he was fresh out of an eight-month stint at the Wayne County Jail for violating probation on a distributing and manufacturing marijuana charge. But while street cred is nothing new in rap, there was something unique about Brown even then.

Drummer B — a DJ, producer, and Brown collaborator — found out he and Brown were both living in the Cass Corridor at the time. "I found out that he stayed down the street from me. I was like, 'I gotta meet this guy,'" Drummer says. "This dude was hot. He just came out of jail. He did some songs in New York. 'Cocaine Cowboys' — when I heard that shit I was like, 'This guy is different. Something's different about him.' When I met him, he was just nonchalant and cool — braids, looking thuggish."

That's when Drummer met the rest of the group that would come to be known as the Bruiser Brigade — a motley crew of rappers, producers, and collaborators close to Brown which includes the likes of DopeHead, Chip$, Skywlkr, Trpl Blk, ZelooperZ, J.U.S., and Ka$h.

Brown further cemented his outsider status in the following years, ditching the braids and baggy clothes for a look more apt to feature Ramones T-shirts and cowboy boots. In fact, there's nobody else in hip-hop who is quite like Brown — from his wild Afro, trademark missing-tooth grin, and distinct nasal shouting delivery. In a previous Metro Times cover story, author Jonathan Cunningham noted that "Brown's certified hood and a full-on hipster — a contradiction — and he's proud of both." (Brown has flirted with major deals with both Roc-A-Fella and 50 Cent's G-Unit, but says 50 ultimately ditched him because Brown insisted on wearing skinny jeans. How punk rock is that?)

Today, Brown can seemingly get away with whatever the fuck he wants. Nobody bats an eye when he uses Blondie's proto-rap hit "Rapture" as his walking-on-to-stage music — or when he unironically tells Pitchfork that he wants "to be the Arcade Fire or the Bon Iver of rap." And he's equally comfortable guesting on a track by buzzy synth-pop act Purity Ring or Insane Clown Posse.

More reasons we're down with Brown: This year, he teamed up with InsideOut Detroit's City Wide Poets Project to raise money with the goal of placing a poet in every classroom in Detroit Public Schools. Brown's crowdfunding page has earned more than $15,240 for the cause, and Brown is also set to host a poetry workshop in Detroit geared toward teens and young adults in conjunction with his "Bruiser Thanksgiving" event.