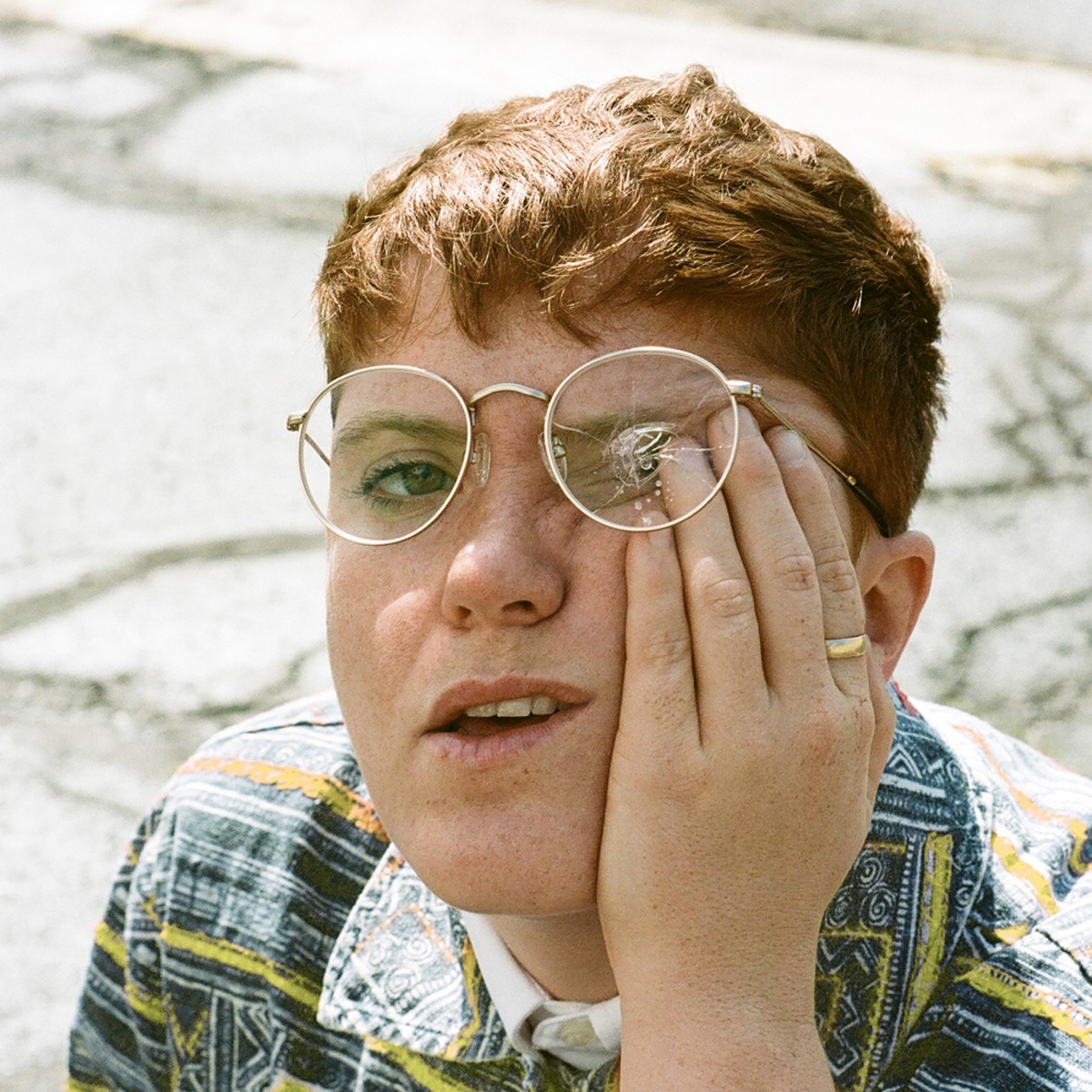 Jax Anderson is hanging up her hats.

This is not the first time the Detroit artist has shed some layers to free herself of creative and emotional constraints. In 2015, Anderson parted ways with her Flint Eastwood bandmates, but kept the name of the project. And, as of last year, she's ditched her collection of wide-brimmed hats, an accessory that often spoke for her when confronting herself proved too difficult. The hats were black for Flint Eastwood's sinister, Spaghetti Western-inspired 2013 debut, Late Nights in Bolo Ties. Then in 2015, Anderson went white as a means to let the light into the dark following the death of her mother. It was on 2017's Broke Royalty EP that Anderson turned red, tapping into rebellion and the power of her community, namely that of Assemble Sound, an independent music collective she helped create based out of a historic 1870 church in Corktown.

Now, Anderson faces the release of Heal, her first EP since dropping the Eastwood moniker, a decision she announced on Instagram in July, during which she playfully apologized to anyone who may have gotten a Flint Eastwood tattoo. The choice also inspired the re-mastering and re-releasing of her Broke Royalty banger "Queen" under her new — and old — name, Jax Anderson.

"It was one of those things where it kind of just hit me one day," Anderson says. "I basically make music because I want to authentically be myself, and I had gotten to a point where it felt like I was hiding behind a name and hiding behind different costumes, like the big hat. There were these barriers that I had created to protect myself, and I just got to a point where I don't want to be a character. I want to be an artist that's just like, 'This is me, take it or leave it.'"

The last time Metro Times spoke with Anderson was in 2018 ahead of the release of "Real Love," Anderson's coming out anthem. The song, which was written in under 30 minutes, was born from the discovery that a leader from her childhood church had won an award for his conversion therapy workshop aimed at young girls who were questioning their sexuality and gender identity. This, of course, was problematic to Anderson, who describes herself as "a very gay human."

"I realized there are so many more ways to live life, and it's so beautiful. Vulnerability is fucking terrifying," she said in 2018, holding back tears. "Think about the last time somebody cried in front of you and how uncomfortable it made you feel."

Much like Anderson's consistent desire to find and be herself, vulnerability, too, has been a cornerstone of her work pre- and post-Flint Eastwood. Never one to shy away from airing out grief, heartbreak, or frustration, Anderson says Heal marks the first time she is expressing her vulnerability free from fear, guilt, and insecurity. (On "Scared to Death," Anderson sings, "I'm no longer scared to death of whatever happens next/ after all my organs, they stop breathing.")

The choice to drop her stage name followed an "intense burnout" she experienced earlier this year. At the time, she had toured straight through three years, from America to Australia and back again for the whirlwind that is SXSW, only to go straight to a writing camp in Los Angeles. During that time, Anderson took a road trip from L.A. to Detroit with friend, artist, muralist, and activist Ellen Rutt, who conceived paintings for her solo exhibition along the way. Anderson stepped in to help film Rutt's process, and it was during the trip that she says she had her moment of clarity.

"This project had taken over my entire life," she says. "I felt I had no way of being normal and being a person. So I stopped basically making music and had to take a three-month break to heal myself and figure out what I wanted to do next. Once I got back from that trip, it was this eye-opening moment of, like, the world is so free and so open, and I can do art any way that I want to do it. Like, it doesn't have to be the way that I've been doing it. And so in that time of rest, and in that time of taking a break, which was the first one I had allowed myself in, like, 10 years, I [realized] I don't want to be Flint Eastwood anymore. I don't want to walk into a room and people say, 'Hey Flint' like it's my name. That's not my name. I'm Jax Anderson."

Like her name, the music, too, is a return to Anderson's roots. For Heal, Anderson says she relieved herself of the pressure of feeling like she had to produce 808-heavy pop bangers like "Queen" and "Glitches" and gave in to her love of "a good bar piano" and recording with a "real" drummer. The name drop also gave her clearance to be an artist in every way again.

For Anderson's Heal EP release, she's enlisted six artists, including herself, to interpret the new record through visuals for a gallery show at Assemble Sound, which has been closed to the public for more than a year following extensive renovations. Artists Bre'Ann White, GOOD—PALS, Lansuh, Bakpak Durden, and Papier Tabloid (all of whom Anderson says she "respects the shit out of") have come together to create a flowing visual experience, which includes a listen through of the record and music video screenings. The release will not offer a live performance, however. Anderson says her commitment to making fearless art is an extension of her love of creating a sense of community within her work and giving a platform to like-minded people. Names, hats, and 808s aside, Heal is less of a change of direction and more of a continuation of what she's always set out to do: be herself and inspire others to do the same.

"2020 is my year of saying yes to art and yes to what I actually want and yes to the things that I believe. I'm not tethered to trauma anymore."