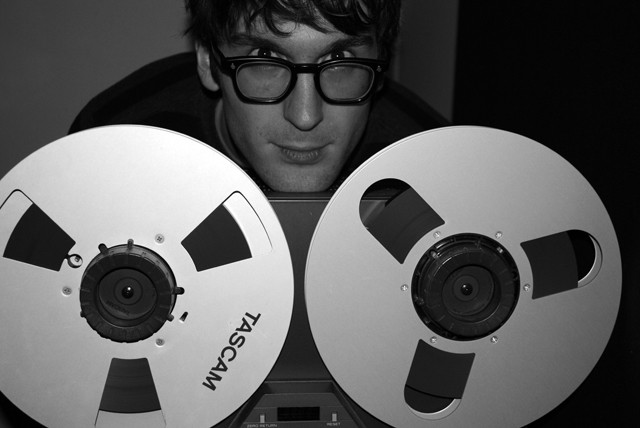 There was no reason to think the band hadn't arrived. After all, they were packing venues all over Michigan within a few years of forming in 2004. Not only were the shows massively hyped — the hype, believe it or not, wasn't undeserved. Throngs dug the band's spastic, smart and danceable take on inspirations such as the Pixies or Radiohead. The crowds were an enthusiastic bunch too — mostly twentysomethings who knew the words to a surprising number of songs. All of this was surprising from the looks of it because the band was made up of a bunch of scruffy dudes from the tiny town of Alpena, who looked like they should be pushing book carts in libraries, not wielding instruments in a great rock 'n' roll band.

Mason Proper played all over the United States. They frequently hit New York City where their label, Dovecote Records, was based. Also home to the Futureheads, Dovecote released Mason Proper's two albums: 2007's There is a Moth in Your Chest and 2008's Olly Oxen Free; critics from Pitchfork to PopMatters gave them the thumbs up. Their music video for "My My (Bad Fruit)" off There is a Moth played in malls all over on American Eagle's instore video playlist. They made their live network TV debut on MTV Canada.

Initially self-released, and then remixed for Dovecote, the songs on There is a Moth in Your Chest showed what three years of hard work and live performance could do by tearing off in directions that were fairly impressive on record, but breathtaking live. Critics of their debut said Mason Proper hadn't established their own identity yet, though the songs held up. Band front man Jonathan Visger heard more than once that There is a Moth didn't sound like the same band from song-to-song.

They followed up their debut with 2007's Shorthand EP — a super-lean four-song burst that played out like an announcement that the band had found their sound and voice. With some help from producer Chris Coady, whose résumé includes TV on the Radio and the Yeah Yeah Yeahs, Mason Proper turned a new stone with 2008's Olly Oxen Free.

The album didn't have the energy or the hard left-turns that made Moth or Shorthand so engaging. Instead, the band experimented with the way they were writing songs, and for the first time, Mason Proper sounded like one band. Olly Oxen Free's toned-down, minimalist Coady production proved that Proper needn't deafen you in order to be heard.

And whether it was hundreds of fans at Ann Arbor's Blind Pig, or the lucky few who caught them at some out-of-state hole-in-the-wall, it's a given that the band was adored. It got intense for some guys who probably outscored you on the SAT; Visger shoved percussion sticks into his eyes and others slammed into each other at any given moment. From any angle, this band didn't take themselves too seriously. The band, (Visger, guitarist Brian Konicek, bassist Zac Fineberg, keyboardist Matt Thompson and drummer Garrett Jones) was absolutely on its way. But then the momentum suddenly slowed, and came to a stop.

In April '09, Matt Thompson quit the band. Thompson's role was crucial — he tied the band together with ambient noises, beats and electronic whirrs, not with a clunky keyboard or laptop, but a gadget-filled suitcase. He announced he was moving to France to make goat cheese.

The situation seemed so bizarre that it could've been a joke. The band was funny, after all — part of the attraction was their often droll lyrics including one song whose narrator sometimes froze his fingers, broke them off and presented them to his pals. There's also the oddball cover-choices, like the mash-up of "Get Innocuous" by LCD Soundsystem and "Love Lockdown" by Kanye West.

Thompson's relocation to France was hardly an elaborate prank; he really moved to make goat cheese. But his exit left a hole in the band, though the singer says all's cool with his ex-bandmate.

"We're great longtime friends," Visger says, "There's absolutely no ill will. I hope at some point he can come back."

The band made do sans Thompson. An additional sampler enabled Visger to manipulate the keyboardist's parts live, and Mason Proper completed a successful West Coast tour with New York's Stellastarr. But they were the last live shows the band would play. A few months later Mason Proper was all but done.

Even the band's super-dedicated online fan-club, the New Destroyers, disappeared. The only sign that the band hadn't been sucked into a black hole was Visger's sporadic online releases of "Absofacto" singles. Absofacto is actually Visger's solo project, one that allows him to release songs that didn't quite fit the band. (The singles are all available online on a pay-what-you-want basis.)

The Absofacto stuff makes sense. The thing about Visger is you'd get the guy all wrong if all you had to go on was his lyrics and stage antics. "I had another episode," he sings over and over again on "The Bonemen" off the Shorthand EP. It's as if he's a tweaking nail-biter who'd prefer to spend a weekend alone in his apartment than interact with the world. But that's a persona. The only commonalities between Visger and his alter ego — the nervous, loud, spastic Mason Proper front man — is his absolute love of music and the presence of his thick black glasses.

And the singer says the band didn't actually break up — there were no bitter feelings or ego-fueled blow-ups that had members screaming about "creative control"; rather, Mason Proper fizzled out after their summer tour because life just got complicated.

For one thing, touring was its own obstacle — Mason Proper had five vans break down touring in support of There is a Moth in Your Chest. Then drummer Garrett Jones temporarily moved to Chicago. Bassist Zac Fineberg took on more classes to finish his business degree at Eastern Michigan University.

So if the band is still together, and in this age of here-today, forgotten-tonight Internet artistry, isn't Visger concerned that they are this close to being forgotten? He's indifferent, if anything.

"I feel like at this point with us that it's been long enough since our last album that there isn't too much point in trying to grasp onto those last threads of people's attention." Visger says. "Those people have moved on and they are listening to other things, and that is totally fine."

Although the hype built up around Olly Oxen Free is now a bad memory, Visger's optimistic. In fact, Mason Proper is quietly working on their third album.

Visger and company are all about writing a great album, and little else. They haven't entertained offers to play live shows since their Stellastarr tour, and don't intend on hitting the stage until after the new album is released. Their own website remains pretty bare, with a few updates trickling out here and there. It might be a hell of a concept to grasp, or it might sound like a cliché, but Visger just cares about the music.

"The more you change gears, the more you don't make progress on any of the fronts," Visger says. "Even for our own sake, our own desire to not have mental anguish especially after working on this for so long, to go and play this stuff live to an audience that doesn't know the songs yet — you can only be so into it."

Visger says that the still untitled third album is written and is about 70 percent recorded. "The concept is that we are trying to make the album so good that whatever we had before is back, plus more. At the end of the day, the only thing that does you any good is a great album."

The new LP isn't too much of a departure, the singer says, think Moth's energy with the tone of Olly Oxen Free. While the new album isn't breaking ground with Mason Proper's sound, Visger claims it'll be different.