It's not the notes they're playing, it's the spaces between the sound 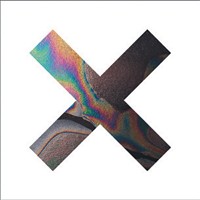 The Artist, a silent film, won the best picture Oscar last year. Similarly, The xx, an inherently minimalist, downplayed dream-pop duo, won the 2010 Mercury Prize (UK/Ireland) for best album. Now, for their follow-up, all ears are pricked up for band that's barely making a sound. Something that wasn't there on the London group's debut resonated; maybe like how what's not shown in a scary movie is always the worst, since it leaves it up to your fevered imagination. The spaces between sounds augment the beauty of the woozy and wispy duets of Oliver Sim and Romy Madley-Croft with aerodynamic trip-hop tropes, delicate synth mists, low rolling bass, celestially whirring guitars and bare beats. And it helps that their sighed serenades are the warmest, most prominent element in their pop's design. Take their new tracks for what they are: bittersweet, ultra-sleek post-apocalyptic torch songs striking a strange voyeuristic vibe with relentlessly intimate lyrics. Their hearts are heavy enough to weigh the tracks down, surely, but the listener grows anxious for a stretch after too much slow-dance swooning.